There are no security fixes in this update, as security updates are only Patch Tuesday updates each month, which Microsoft released this month on February 12.

Read full changelog. According to the company, the update permanently fixes a theme that has been in the Start menu for many months and prevents users from linking weblinks to the menu. The issue was first recognized at the end of 2018 and was corrected with today's update.

Additionally, there are several improvements for administrators and one of them improves device compatibility with updates.

Microsoft explains in the changelog:

It is experiencing a problem with evaluating the Windows ecosystem compatibility status to ensure compatibility of applications and devices for all Windows updates.

We do not know at this time whether everything is going as Microsoft wishes with this update, or if by the afternoon complaints begin by users who have destroyed their system.
Let's hope the KB4487029 update will not be troublesome.

Today's release features cumulative updates for earlier versions of Windows 10, but no improvements for October 2018 Update, which is the latest and the most failed version of the operating system.

Probably, Microsoft first wants to evaluate the performance of a new cumulative update with the help of internal agents before it is available to all users. 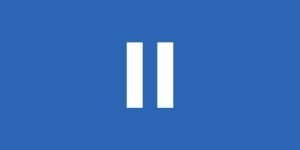