Windows 10 May 2019 Update (or version 1903) does not install on some AMD systems, Microsoft confirmed last week.

The culprit, according to the company, are some AMD RAID drivers that are not compatible with Windows 10 May Update.

On Windows 10 systems with AMD Ryzen or AMD Ryzen Threadripper processors, the Windows 10 May 2019 Update installation process stops if the processors are set to SATA or NVMe RAID mode.

The AMD RAID driver that supports SATA or NVMe RAID functions is not compatible with the May 2019 Update and thus prevents installation.

If you try to perform a clean install of Windows 10 version 1903, the installation process will stop for the same reason.

Both companies recommend that users with this problem download and install the latest version of the AMD RAID Installer driver (SATA, NVMe RAID), which is now in version v9.2.0.105.
AMD said the problem occurred because the new Windows 10 update "contains new device input / output requirements (IOCTL) for certain categories of device drivers."

Microsoft has released the Windows 10 May Update last week. 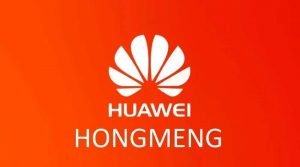