Windows 10 May 2019 will be released soon after Microsoft says that the distribution of information for everyone will start at the end of next month.

Compared to previous feature updates for Windows 10, the May 2019 Update will be released at a much slower pace as Microsoft wants to detect new issues that will cause problems for consumers and resolve them before the upcoming update is released to everyone.

According to the company:

Our desire to identify the most serious issues has forced us to think differently about how to apply natural language processing (NLP) and machine learning (ML) to identify high-seriousness issues more quickly, even when few people have mentioned them.

We are also developing a smart ML model for better identification of devices that can be updated without problems. We have added new criteria to be able to train the model on a wider range of topics, such as image display or audio playback issues after the update.

In other words, Microsoft is trying to avoid a new fiasco, something necessary after the problems that many users had with the October 2018 Update. Also from the above it seems that the company develops the machine learning systems from every mistake, which unfortunately takes place in production systems (we are all insiders)

Considering all the above, it would be good to avoid the immediate update of your system and wait a while until the company provides a somewhat more stable version. Below we will see how you can delay the upgrade.

Note that if you are running Windows 10 Home, you can use a very simple trick. Set up the network connection you use as Metered.
To do this follow the path:

These connections are not used to receive major Windows 10 updates, so by setting up all of your Ethernet and Wi-Fi networks as Metered networks, your device will no longer have the ability to automatically upgrade.

Windows 10 May 2019 Update: Update of the political group

In Windows 10 Pro, you can postpone updates directly from the Windows Update configuration screen. The route to follow is as follows:

Look for the option:

A feature update includes new capabilities and improvements. It can be deferred for this many days

And choose how many days you want to delay the May update. You can select up to 365 days in Windows 10 Pro.

Search for this policy below and double-click to see its settings:

Select when Preview Builds and Feature Updates are received

The above changes should be made before receiving the update on your device. 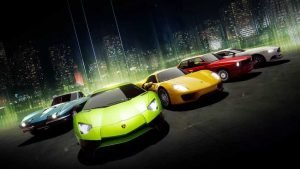