Today we will be talking about another Linux project that was developed by Microsoft and will be released shortly.

At the Build developers conference, Microsoft revealed that it has created its own custom-built Linux kernel, which it will include in Windows 10, starting with the Insiders builds that will be released this summer. This kernel will provide the basis for the company's Microsoft Subsystem for Windows (WSL) 2.0 functionality.

This will be the first time Linux will be included as a component in Windows, according to Microsoft executives in a blog post published by the company took place on 6 May.

The Linux kernel of Microsoft will be based on the 4.19 version of Linux, which is the same core currently used by Azure. The core will be completely open, as reported by executives of the company. Microsoft even plans to make available to everyone, all the changes it makes in its core.

WSL2 will not provide bitrates, as is the case with the current version of WSL, and users will be able to choose which Linux distribution is available in the Microsoft Store (or sideloaded through a custom distribution package) they want to use.

With WSL1, Microsoft used the emulation architecture it developed for Bash in Ubuntu on Windows. But according to Microsoft, using a built-in Linux kernel, users will see better Linux boot times and rational use of memory.

WSL 2 will greatly improve the performance of the I / O filesystem, Linux compatibility, and can run Docker containers inherently so that no VM for containers is needed in Windows.

Microsoft also announced the new application Windows Terminal with tabs, windows and shortcuts, emojis and support for themes and extensions. A preview of the new Windows Terminal is available from today. 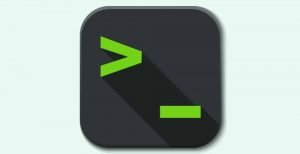