Recent cumulative updates for Windows 10 October 2018 or 1809 version appear to be having problems installing. Microsoft has (again) recognized the problems and promised a fix (sic).

According to official information released by Microsoft itself earlier this week, the issue concerns only Asian language packages in Windows 10 October 2018.

"After you install KB4493509, devices with some installed Asian language packs may display the error" 0x800f0982 - PSFX_E_MATCHING_COMPONENT_NOT_FOUND "

Read from the Microsoft KB Page.

Although Microsoft claims that this issue exists only in KB4493509 cumulative update, which was released on April 9, the same bug was also reported in two other 10 versions of 1809 released in early May.

The complete list of cumulative updates that present this error is:

According to Microsoft's remedies, users should try to uninstall and then reinstall language packs on their devices.

However, the company also states that if the above solution does not work, it must be fully restored to the system…

Meanwhile, Microsoft claims that it is trying to develop a solution for a complete fix of the problem and promises to include an upcoming update. 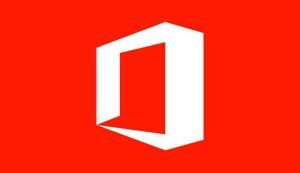