Microsoft finally went Windows in the cloud. Windows 365 is a new service that allows businesses to access Cloud Computers from anywhere by streaming a version of Windows 10 or Windows 11 into a browser.

Although virtualization and remote access to computers have been around for more than a decade, Microsoft seems to be betting on Windows 365 to offer Cloud computing to businesses as they focus on a combination of office and remote tasks.

Windows 365 will run in any modern browser or through the Microsoft Remote Desktop application, allowing users to access Cloud PC from various devices.

"Windows 365 will provide an instant startup experience," says Wangui McKelvey, CEO of Microsoft 365. This instant access will allow employees to stream a session of Windows with all the same applications, tools, data and settings on Mac, iPads, Linux, and Android devices.

"You will be able to continue where you left off, because the state of your Cloud PC will remain the same, even when changing devices," says McKelvey.

Windows 365 will only be available for businesses when it launches on August 2, with a monthly subscription fee per user. Microsoft has not provided exact pricing details.

There will be two versions of Windows 365: Business and Enterprise. Both will feature Azure virtual desktops and many different configurations. From a single processor, 2 GB of RAM and 64 GB of low-level storage, up to eight CPUs, 32 GB of RAM and 512 GB of storage. Microsoft will offer 12 different configurations for Windows 365 Business and Enterprise so businesses can scale their processing power.

From a technical point of view, Windows in the cloud is not much different from the many options already available for virtualization businesses. Microsoft already has a technology similar to Azure Virtual Desktop, and Citrix has been offering desktop computers in the cloud for years. However, Microsoft is trying to bring differences in ease of use and management.

"Windows 365 would really make a huge difference for organizations that wanted to try virtualization for a variety of reasons, but could not - perhaps because it was too expensive, too complicated, or they did not have the experience to do so," says McKelvey.

Businesses will be able to set up Cloud Computers in minutes and outsource them to employees, avoiding the need for special hardware. This can be appealing to many companies hiring remote employees or even temporary employees who need to have secure access to a corporate network. With your entire Windows computer in the cloud, employees do not need to use a VPN or worry about security on their personal devices. 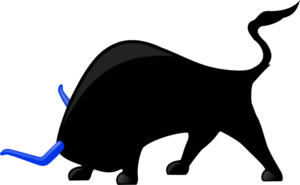