Through a video, Xiaomi has presented her work so far on a phone that is wraparound in two parts.

Xiaomi has been in the making of a folding phone, as the company's president and co-founder, Lin Bin, confirmed it in the air a teaser published in Weibo. In the video, you will see a tablet-size phone, wraps on its two sides and occupies space as any mobile phone.

The screen changes automatically and only displays its middle section, so you do not have to turn the device to look at the folded parts of the screen.

Such as shown in the video the company placed the on-off button in the center and the top of the device when it is folded and in a vertical position. In this way, the power button is easily accessible when used as a phone.

Mr Bin says the factory sample so far "perfectly combines the experience of a phone and a tablet", and is the result of the company's work on folding screens and other technical challenges. He also said that it is just a prototype machine and that the company "will consider mass production" if it receives positive online feedback from consumers.

Xiaomi has two possible names for the original, Mi Dual Flex and Mi MIX Flex, but it is also looking for additional suggestions.

Check out the video below: 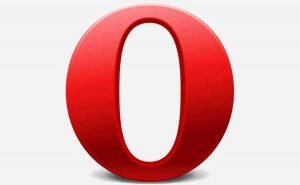