Yesterday and according to Chinese media, Xiaomi officially released the Mi Box 4 SE at a cost of 189 yuan, which corresponds to 28 US dollars.

The new Mi Box 4 SE machine will be released from tomorrow in China and logically in all Chinese online stores. Its price is outrageously low considering that the current Mi Box S model costs around $ 90.

It will be equipped with the voice control system (artificial voice intelligence PatchWall), with video-on-demand, channel switching, weather control, etc. In addition, it will support screen-casting and will be able to show images and videos on TV with a single click from your mobile. It will support Wi-Fi 802.11 b / g / n and wireless transmission and high definition video.

It will have a Cortex-A7 quad-core processor, Mali-400 GPU, with 1GB + 4GB eMMC flash memory, and output resolution up to 1080P. will have AV, USB 2.0 and HDMI sockets for every type of TV. The Xiaomi Mi Box 4 SE will allow owners to install games, videos and other applications.

In our country it is expected later than January 11, but if you are in a hurry, take a look at the big Chinese online stores from January 11 onwards. 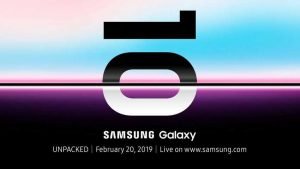