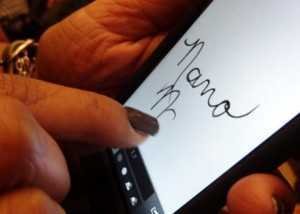 I have no idea it is to use an iPhone when you have far nails, but I've seen enough women nail their screens like Freddy Krueger. The nail is not a pen, however, it may soon become.

Tech Tips creates a new product that will turn your nails into a stylus so you can use them with the touch screen.

The product is called Nano Nails and will be either a whole claw or varnish. You will be able to buy them in packages of four and six and will cost about 10 dollars.

According to those who have tried it, it will take a little bit of effort until you get used to it, but it's much easier to use your fingernails than trying to tap the screen with your finger while the nail will cover it and block you.

Expect to be available this May.