The popular torrent site YTS recently changed its domain name and moved to a top-level domain in Lithuania. Managers have not said why they made the change, but it is very likely that they have problems with a film company, as new lawsuits have recently been filed in the US.

YTS has millions of visitors and seems to be the most popular torrent site on the Internet, surpassing even Pirate Bay.

The site "unofficially" took over the brand name YTS when the original team left the site 2015. Since then it has millions of daily visitors.

For the record, the page was first released with the domain YTS.ag, which changed to YTS.am two years later. This month, the torrent site was moved back to a new domain, YTS.lt, using top-level domain of Lithuania.

The site did not post anything about the change, and the old .am domain is still running, along with the new one.

Of course, as we mentioned earlier, the oldest YTS.am domain does not operate in Greece without changing the DNS, due to the EMPPI and the blockade imposed through the Internet distribution providers.

The access to the page you tried to visit has been suspended by a decision of the EDPPI because it provided illegal access to works that are protected by copyright.

Think that by choosing to access content from legitimate sources, you are contributing to the artistic creation, the improvement of the cultural product and the development of the economy.

However the new domain has not been blocked yet, and you can see it (at least for now) without any change in its DNS router ή of your computer.

As you can see, changing the domain of a "forbidden" site can only help temporarily, as once it comes to the attention of the competent authorities, it will be blocked again. 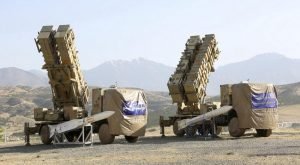