The letter argues that regulators will need to address a number of different issues, including their concerns about the privacy, trade, national security and monetary policy of Libra products, as “this is a completely new global financial system based on in Switzerland and is intended to compete with US monetary policy and the dollar. "

The letter also claims that Facebook has not provided much information about its plans with this project.

"If products and services such as these are inadequately regulated and without adequate supervision, they could create systemic risks that would jeopardize US and global financial stability", The letter states.

These vulnerabilities could be exploited and masked by malicious users as well as other cryptocurrencies, bureaus, and wallets as we have seen in the past. Regulators around the world have already expressed similar concerns, demonstrating the need for strong oversight.

"Given the company's troubled past, I urge Facebook to agree to a moratorium before proceeding with any move to develop cryptocurrency until Congress and regulators have the opportunity to address these issues and take action." , said Walters.

Walters will call a committee on July 17, Examining Facebook's Proposed Cryptocurrency and Its Impact on Consumers, Investors, and the American Financial System to Discuss the Libra Project , the risks and benefits of cryptocurrency activities.

The company presented her plans for Facebook Libra on June 18, saying he plans to release the new digital currency 2020.

Libra cryptocurrency will be a Facebook world currency and can be used to buy products, send money abroad, or make donations. The social network is reportedly partnering with 27 partners to release the Libra, which is expected to be released alongside a new digital wallet that will work with Messenger and WhatsApp. 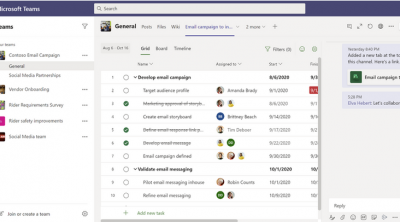 ESET vulnerability in the application of Cirque du Soleil for mobile
Next Post: Windows 10 19H2 Why it will come as a Service Pack