Windows Me, 20 years later: Was it really that bad?

Twenty years ago, at the turn of the millennium, we saw some serious bugs in global software. No, we are not talking about Y2K. We are talking about Windows Me or Windows Millennium, which were named "Murlenium" in Greece and "Windows Mistake Edition" by PCWorld. 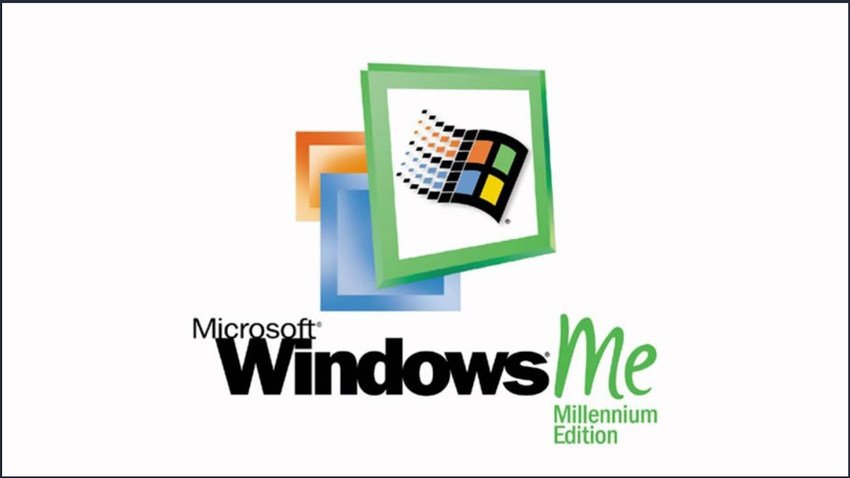 Microsoft released Windows 2000 on February 17, 2000. Windows 2000 was a forgotten masterpiece, offering a solid, 32-bit operating system designed for business use. It was based on Windows NT, a technology that is still at the core of Windows 10 today.

A strange pit stop on the way to Windows XP 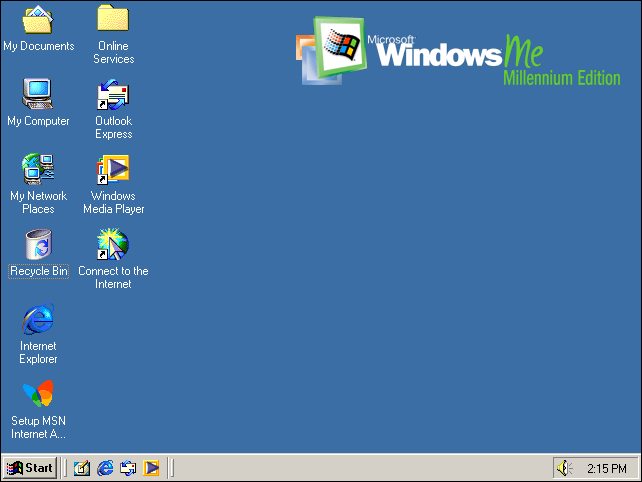 Seven months later, Microsoft released the Windows Millennium Edition (Me) on September 14, 2000. This operating system is designed for home users. It was based on Windows 98 SE and still had DOS under its hood.

Windows Me had an incredibly short lifespan: Microsoft replaced it with Windows XP on October 25, 2001, a little over a year later.

With Windows XP, Microsoft has put everything together, releasing a Windows NT-based home consumer operating system. It was also an operating system for businesses. Before that, home users had Windows Me.

Because Windows Me was supposed to be exciting

Windows Me was designed to upgrade to Windows 98 Second Edition. THE Microsoft's website then promised that Windows Me will make your home computer a "multimedia entertainment center" thanks to Windows Media Player 7 and Windows Movie Maker. He boasted that Windows would be easier to use with an "enhanced user experience" thanks to features like "new wizards". Home networking setup has also been simplified.

Under the hood, Windows Me received some features from Windows 2000. This includes System Restore to restore operating system files to known states, as well as System File Protection to protect important system files from modification.

Windows Me also removed support for real-mode DOS, which made the operating system boot faster, but made it less compatible with older DOS software that may still be used by consumers.

In the end, there were a variety of smaller features and low-end system upgrades, but that did not affect most home users, who were largely stuck with Windows 98. Unless you were buying a new computer that would come with Windows Me, there was no reason to spend $ 209 for the full retail version or $ 109 for the upgrade version.

Especially when it was discovered how unstable Windows Me was.

The reality of Windows Me: Windows 98 SE but with bugs 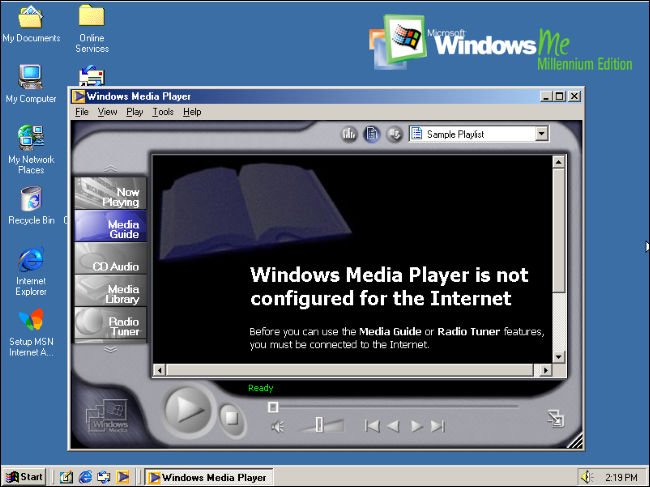 The Windows 9x series of operating systems - Windows 95, Windows 98 and Windows Me - has always been criticized for being unstable. Everything was based on DOS, as was Windows 3.0.

Windows Me was even more unstable than Windows 98. We all saw it when we used it twenty years ago. PCWorld's Dan Tynan called them the "Mistake Edition" of Windows and said it was one of the 25 worst tech products of all time. In Greece, the whole technical world was making fun of them by calling them Windows Murlenium, obviously because they were driving you crazy with their bugs.

Why were there so many blue screens and other problems? Who knows. The Windows 9x series has always been volatile. Windows Me had some new features: They introduced, for example, System Restore, a feature that allegedly caused problems for some people at the time. Users reported hardware support issues in specific system configurations. Maybe Windows Me needed more development time.

The bugs did not really affect companies that were encouraged to use Windows 2000 on their workstations. While Windows 95 and Windows 98 were designed for both home and business use, Windows Me suddenly had significantly different versions of Windows for office and home PCs, and the version for home users was unexpectedly less reliable.

Of course, many people then reported that Windows Me was stable on their systems. Because Windows 98 was also often unstable, as well as DOS-based, they may not have felt much of a change since Windows 98.

But users working with Windows 2000 would have wondered: Why is Windows Me not so stable?

Forward for Windows 2000
The release of Windows 2000 showed a way forward for Microsoft, but unfortunately the company did not bring Windows NT to home users until the advent of Windows XP.

Meanwhile, some people who had heard bad things about Windows Me were not waiting for the next series. They bought Windows 2000, which was intended for businesses only. Windows 2000 Professional cost $ 319 for a full version or $ 219 for an upgrade from Windows 98 or 95. That was $ 110 more than Windows Me.

And yes, some users at the time were installing Windows 2000 pirated disks, which they often copied from their workplaces, arguing that operating system piracy was acceptable since they had already paid Microsoft for Windows Me. Was it legal? No. Was it understandable that people wanted a stable version of Windows that did not have constant bugs? Of course.

Then there were several users, dissatisfied with Winodws, began to explore Linux. Desktop Linux has been much more sophisticated to use since 2000 than it is today, but it was definitely stable. 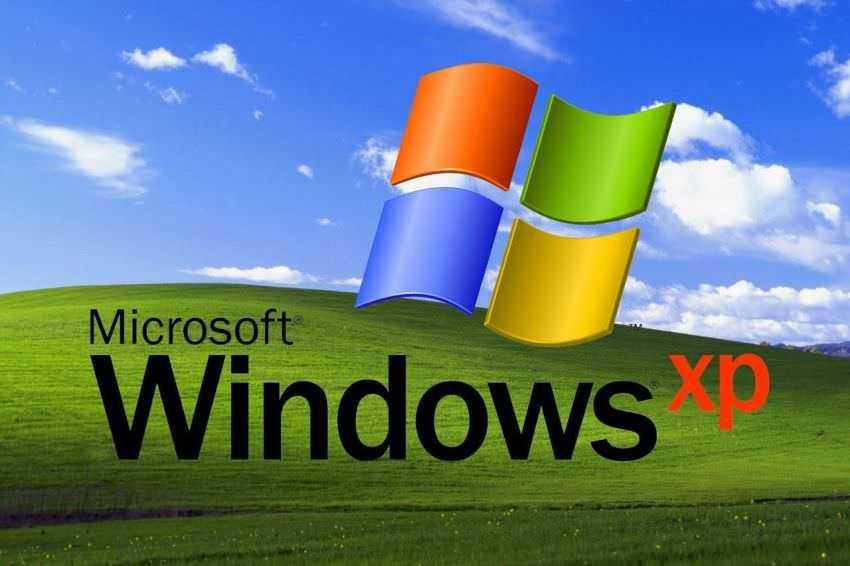 Finally, Windows XP puts an end to the chaos of Windows 2000 and Windows Me. Microsoft did not have to put a service pack on Windows Me and spend time fixing it, as it did with Windows Vista Service Pack 1 and Windows 8.1.

Instead, MIcrosoft released Windows XP and brought the most stable Windows NT operating system to home users. The most user-friendly display and multimedia features from Windows Me ended up in Windows XP, in a more stable format. Windows XP was more compatible with consumer applications that may have had problems with Windows 2000.

With the release of Windows XP, both business and home users are now using the same version of Windows for desktops. Sure, there were Home and Professional versions, with a few different features, but both were the same basic operating system.

Of course, Windows XP also had its problems. Security issues were resolved only with Windows XP Service Pack 2. Now, however, everyone nostalgically remembers Windows XP and many users are stuck with them for a long time. 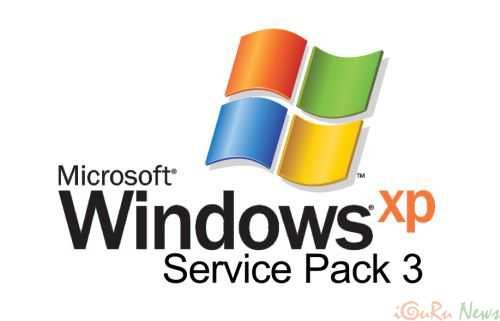 But people do not miss Windows Me the same way. Even if you want to upgrade to a DOS-based version of Windows to run older software, you'll definitely prefer Windows 98.