The Raspberry Pi is a system-on-a-chip computer, small volume, low power, low cost and has become famous as the preferred tool by hobbyists for DIY manufacturers. 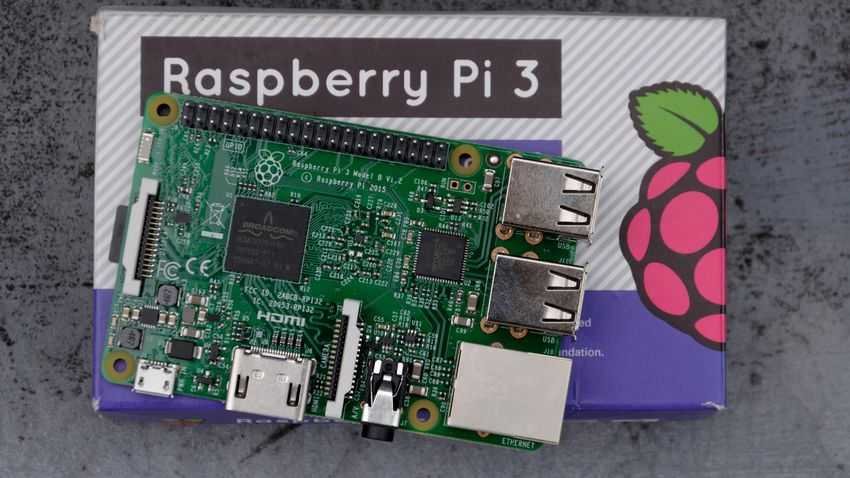 But thanks to its explosive success, it is no longer the only option on the market for a cheap gadget. If you do not want to buy a Raspberry Pi, or if you want to try something else, check out these alternatives.

Obviously, in addition to the following 8 solutions there are even more options, but we chose these models based on being at the same level as the Raspberry Pi in terms of size and price. In other words, we were looking for something small that cost up to $ 100.

That's it NanoPi Neo Plus 2 uses a quad-core Allwinner A53 processor, has 1 gigabyte of RAM, has built-in Wi-Fi, Bluetooth, and Ethernet, as well as support for MicroSD cards to increase the meager 8GB of built-in storage. Its power is connected to a MicroUSB, and it also has two USB 2.0 ports on the board. Although it does not have an HDMI port and audio ports like the Raspberry Pi 3 B, it is still about half the size, making it an affordable alternative.

The latest version of it ODroid, built to accept open-source versions of Android, packs a serious device thanks to a cooling fan on Samsung's 8-core CPU. Although its price is almost double that of the Pi 3B, it includes twice the RAM, audio ports and Micro-HDMI. Storage is via the built-in MicroSD card slot. Its large size and extra fan ventilation may make it less ideal for small constructions, but it is still an Android PC that can run with only one screen, one keyboard and one mouse.

CHIP Pro contains a single-core 1GHz ARM processor, up to 512MB of RAM, as well as Wi-Fi and Bluetooth. But in development kit version worth $ 50, you will have power supply and data access via a USB as well as a standard headphone jack. It is an ideal choice if you want to build something small in size.

The FriendlyElec Nano series is one of the most popular alternatives to the Raspberry Pi, thanks to its many features. The model T3 Includes an 8-core Samsung processor with brush, 1GB RAM, Ethernet, Wi-Fi, Bluetooth, an SD card slot, and 8GB storage. The video and audio jacks are with HDMI (1080p) and headphone jacks, and there's even a tiny microphone on board. It has a general power switch, two USB ports that can be expanded to four. The downside is that the power supply is not with a USB port. It is also slightly larger than the Raspberry Pi, but the company offers a large collection of add-ons.

ASUS is one of the largest manufacturers of computers in the world, so it is a bit strange to see this company targeting hobbyists. But not that they are not welcome, especially with model Tinker Board, a small and at the same time powerful computer. The latest version includes a 1.8GHz quad-core Rockchip processor and 2GB of RAM. It has Ethernet, Wi-Fi, Bluetooth, a MicroSD card slot and four USB2 ports. The $ 60 machine comes pre-installed with TinkerOS Debian-based.

That's it Banana Pi M3 has in addition to its fruity name, an 8-core CPU ARM A7 processor, 2GB of RAM, and the usual Ethernet and wireless capabilities. In addition to the MicroSD card slot, there is a full-size SATA port for easy addition of hard drive and other accessories. It also has an HDMI port for video, a headphone jack, and two USB 2.0 ports.

The Orange Pi is another line of machines that appeared on the market trying to reach the success of the Raspberry. The model Plus 2E has a relatively huge 16GB of storage, combined with 2GB of RAM and a quad-core processor at 1.3GHz. The package comes with two USB 2.0 ports, a built-in infrared port, and an external Wi-Fi antenna, but oddly enough, no power supply. The cost is at US $ 50.

The Pine A64 is intended for large-scale industrial applications, but also works fine as a microcomputer for the hobbyist. Its models are offered with RAM from 512MB up to 2GB, combined with a quad-core processor at 1.2GHz. Each model comes with a variety of expansion bus options, Ethernet, MicroSD card, HDMI. For the cheaper model you need to add an external Wi-Fi and Bluetooth. Even so, the company's flexible pricing policy allows you to choose what you need without having to pay much.