Epic Manchego has been active since June 2020, targeting companies around the world with phishing emails that contain malicious Excel documents. 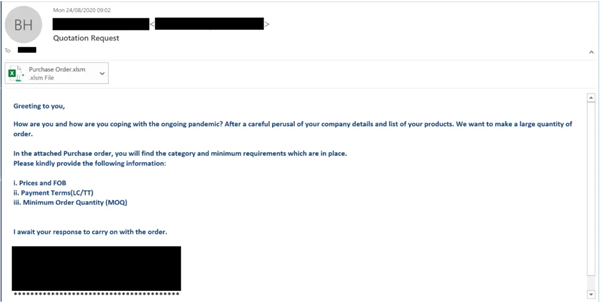 As noted, areas such as the United States, the Czech Republic, France, Germany and China are target areas found during the survey.

By analyzing the original documents in targeted areas, some patterns were identified from different countries, such as images based on English, Spanish, Chinese and Turkish.

Figure 3: Other templates of the Epic Manchego campaign.

Some Office documents in this campaign contain shapes such as rectangles, as shown in Figure 4. 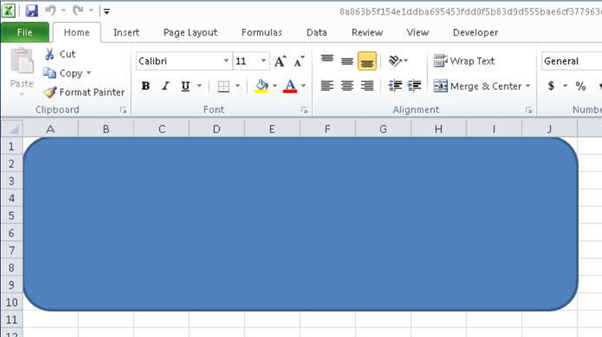 Picture 4: Rectangle in the doc file with payload.

The document from Figure 4 contains a drawing1.xml object (a rounded rectangle) named: name = “VBASampleRect” and was created with the source code in the EPPLUS Wiki (on the right) as shown below.

Opening the document macros, nothing is visible as seen below.

Figure 6: At first glance, there are no obvious macros.

However, malicious code exists and is password protected. It is interesting to note that the VBA code is not encrypted and is stored in plain text.

When you open a document with VBA and password protection, VBA macros will run without the password. The user does not need to enter the password. The password is only required to view the VBA within the VBA Integrated Development Environment (IDE).

Picture 7: A password is required to display the VBA code within the malicious code.

By changing the DPB string or decrypting the password, you can see the PowerShell payload when the malicious Office file is running on the victim's computer. 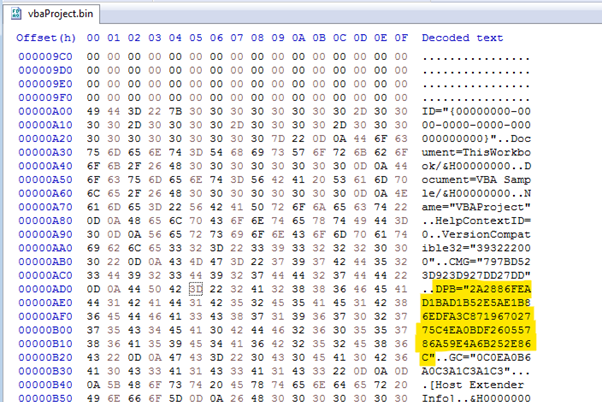 The following list shows the PowerShell payload that was executed during the infection chain.

According to NVISO research, VBA code will use PowerShell or ActiveX objects to download the payload, depending on the original sample of the malware.

Using malicious VBA code, a payload is uploaded from various sites on the Internet. Each executable file created by the corresponding malicious document acts as a dropper for the final payload.

After that, the malicious file will also download a malicious DLL. This DLL item then proceeds to export additional settings and a payload, before transferring the final payload command. 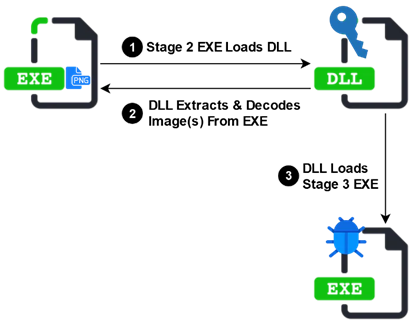 In addition, a common feature of payloads is the use of seals to hide their malicious intent.

After that, the final step of the payload is performed and with it a lot of malware to completely control the victim's devices.

Of these samples, the "Azorult" payload accounts for 50% of all malware, with the most downloads. Other payloads are: "AgentTesla", "Formbook", "Matiex" and "njRat", where "Azurult" and "njRAT" have a remarkable reuse rate. 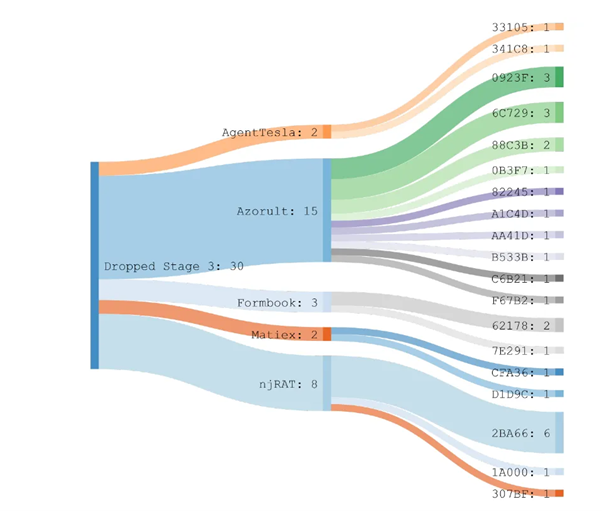 Figure 10: Dictionary-based payload classification with wordlist and use of hashes.

New EDR and AV bypass techniques are being developed by hackers to run malware.

Using this new Office malware creation method can fool security programs and users will not know where it came from.