Facebook Libra: Facebook posted yesterday his plans for the new Libra cryptocurrency and that 2020 is expected to be released.

Facebook Libra digital currency is expected to be integrated into the company's applications and services and compete with Bitcoin, but US lawmakers are less than enthusiastic about the idea. So Congresswoman Maxine Waters, of the House Financial Services Committee, asked Facebook to stop the specific project.

"With the announcement that it plans to create a new digital currency, Facebook continues to expand uncontrollably and extends its reach to the lives of its users," Waters said in a statement.

"Given the company's troubled past, I urge Facebook to agree to a moratorium on any move to develop encryption until Congress and regulators have a chance to address these issues and take action."

He also asked Facebook executives to come to the Commission to table on these issues.

Facebook is reportedly working with 27 companies to release the Libra, which is expected to be released alongside a new wallet that works with Messenger and WhatsApp. Users will be able to use the Libra digital currency to buy products, send money, or make donations.

"The cryptocurrency market does not currently have a clear regulatory framework to provide strong protection for investors, consumers and the economy," Waters added.

Regulators should see Facebook move as a wake-up call to take seriously their concerns about privacy, national security, cyber-dangers, and the trading risks created by digital coins.

Referring to her scandal Cambridge Analytica Waters has reported that the largest social networks are repeatedly violating the protection of privacy and data security it holds from billions of people.

Waters has the support of Patrick McHenry, a top Republican at the House Financial Services Commission, who also asked for a hearing about the Libra.

"Although there are promises of this new technology in promoting financial integration and faster payments, especially in the developing world, we know that there are many open questions about the scope and size of the project and how it should be. comply with a framework ", Reported in a letter to Congress.

The Libra digital coin has also come to the attention of legislators in Europe, demanding tougher arrangements with French Finance Minister Bruno Le Maire, who according to Bloomberg said the digital currency should not be considered a substitute for traditional currencies.

"It is certain that the Libra will become a dominant currency," Le Maire said in an interview with Europe 1 radio.

"This cannot and should not happen." 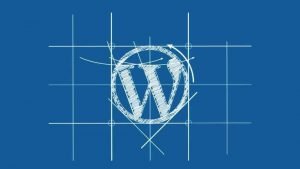