Those of you using Debian will know that this distribution comes with the pre-installed Firefox ESR. The following publication is addressed to those who updated in the latest version of Firefox (57), replacing the ESR.

If you do not know how to do it, there is a great tutorial on the page linuxconfig.org

Manually installing Firefox has both positive and negative. On the positive side we can say that you will have the latest and fastest version of Firefox. The downside is that all upcoming updates should be installed manually, as Apt will not. 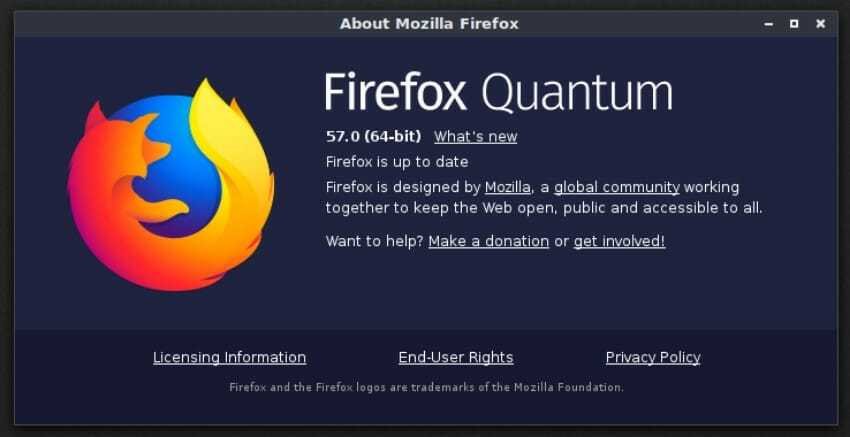 The above tutorial from linuxconfig also contains the commands for upgrading to a new version.

However, since executing commands with every update of Firefox may not be excited, we will create a script that will be the role of the update tool.

It will not be like the Debian package manager, but it can ensure that downloading and installing the latest version of Firefox will become a game.

To get started, you need to get root by typing in your terminal with the su command.

Then with the Nano text editor we will create the script in your usr / bin of your system.

When the empty nano screen opens, add the following text with copy and paste.

The 4 commands above tell the system that it is a script (#! / Bin / bash), download the latest version of Firefox with wget, open compressed files, and overwrite the files of the older version. Immediately after they delete the compressed file after it is no longer needed (rm).

You are ready when you see how a new version of Firefox is released, you can run the following commands and the upgrade will be done automatically.

Be careful, the script works only for manual updates of Firefox, as is the case with the linuxconfig.org tutorial mentioned above.