Mozilla makes some silent changes to Firefox that do not excite its users after sporadic ad views have been reported.

Not only is it Microsoft that changes Edge but Mozilla has begun the changes since it started to show ads on new tabs, with users reporting that it is happening on all supported desktop platforms.

Such as reported in reddit, a small pop-up appears at the bottom of the screen and includes a link to the booking company Booking.com. And of course by clicking the "Find a hotel" button, users go to the Booking address.

It appears that these messages appear only occasionally and only for a specific set of users, so Mozilla is likely to carry out a limited experiment. In our personal computers we have not yet seen such behavior.

According to tests performed by users on reddit, ad messages may stop appearing if you turn off "Excerpts" from Firefox settings. Although the official "Quotes" update states that they are updates from Mozilla for Firefox, and have nothing to do with ads, the company uses them for its testing.

Mozilla has not issued a statement as to whether it is merely running an experiment or that is the expected behavior in Firefox 64.

However, it goes without saying that users are not happy with the ads that appear in the browser, and although they are allowed to disable the feature, the fact that they are turned on by their will may cause more frustration for the existing user community.

More official information from Mozilla engineers will logically come to us in the next few days, after the holidays. 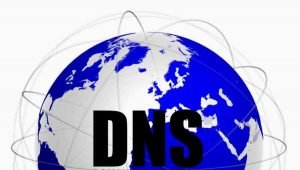