Wayne Knight, known for his role as Newman in Seinfeld, but also in Jurassic Park, is not dead, but the wizard wants you to believe he is. 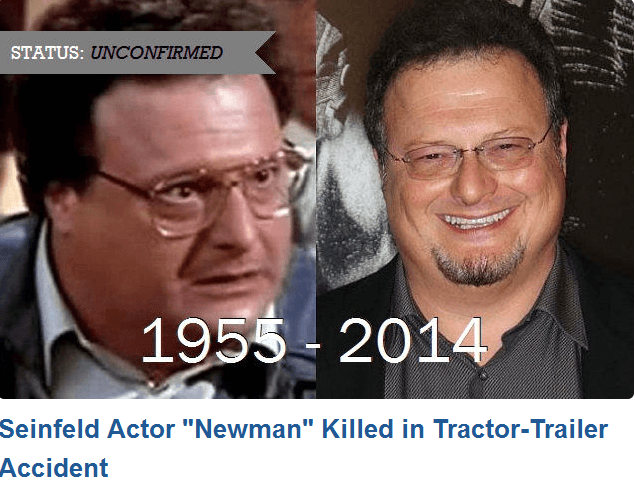 Actor Wayne Knight, best known for his role in NBC's Seinfeld as Newman, is dead and two other passengers were seriously injured when their vehicle collided with a stopped trailer late Saturday night along Route 446. near the state of Pennsylvania. ”

As Hoax Slayer claims, the fake news about Wayne Knight's death was posted on a website called eBuzzd, which specializes in such false stories.

It seems that too many have believed the hoax, and the actor posted the following Twitter message:

"Some of you will be glad to hear this, others strangely disappointed, but ... I am alive and well!"

In this hoax there is nothing malicious except maybe by cheating the audience. But several times we have seen cyber criminals use popular stories to attract attention and achieve their malicious purposes, which are usually the distribution of malicious software, or the victim's transfer to phishing sites.