Dozens of planes have disappeared since World War II.

A total of 83 aircraft have been declared "lost" since 1948, according to the Aviation Security Network. The list includes aircraft capable of carrying more than 14 passengers and where no traces were found - passengers or parts of an accident.
The following unpleasant infographic was posted by Bloomberg.

As you will notice in the wider region of Malaysia, several aircraft have disappeared, with no trace of them ever seen. 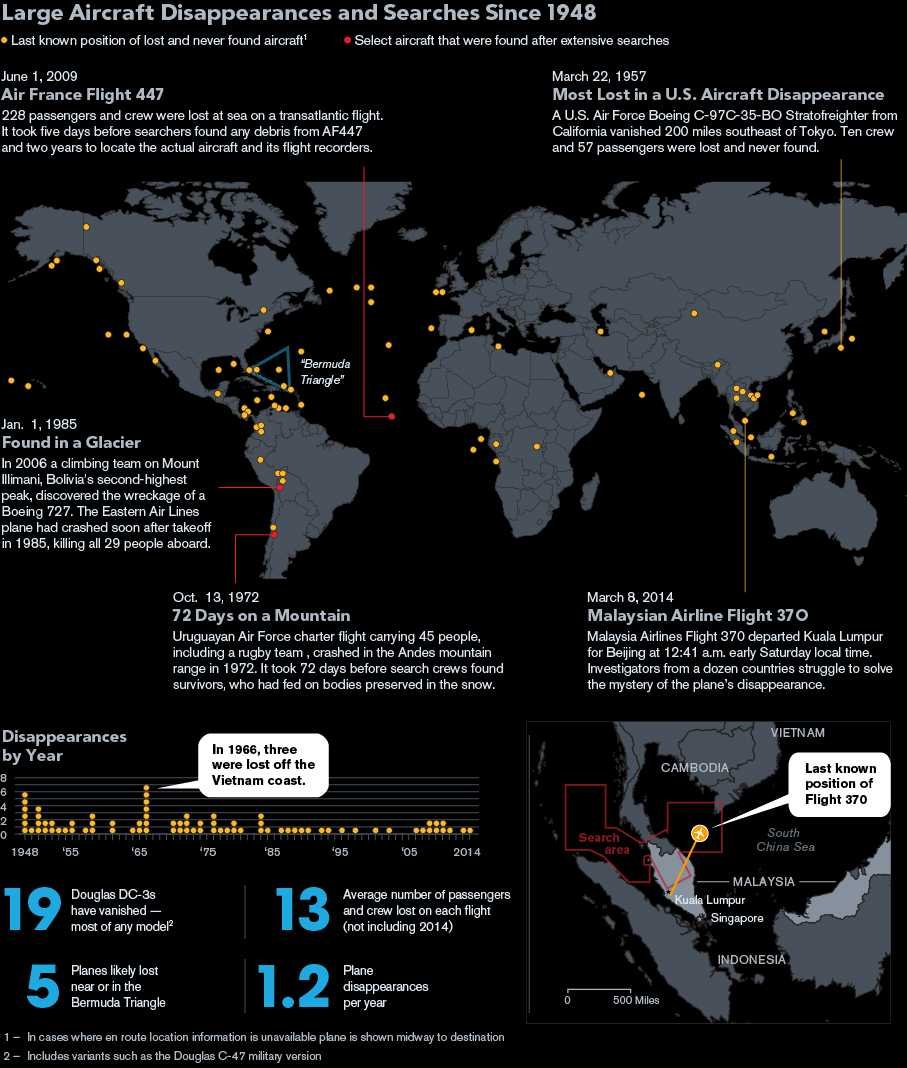