5G is the next generation in wireless cellular communication of mobile phones. And like everything new, it raises concerns about the dangers surrounding this new, powerful and fast network. Should you worry or not? 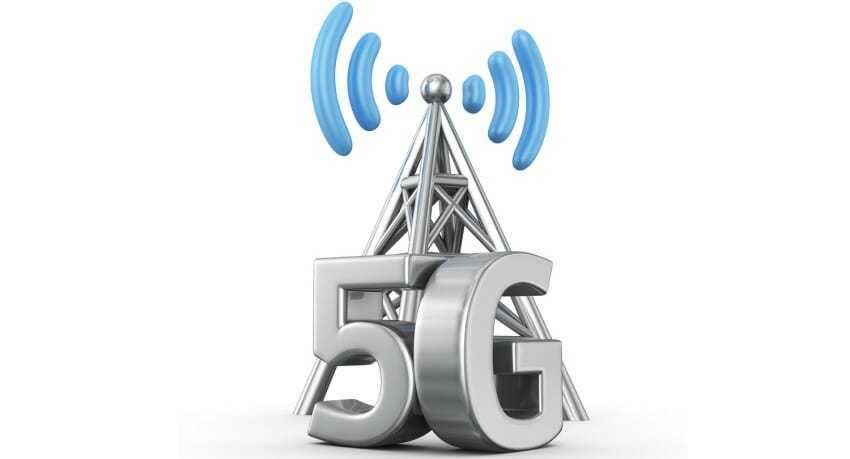 Logically you will have seen the various articles circulating on the internet warning about the dangers of 5G technology. Facebook in particular and alternative health sites are the main sources of this article.

And all agree: 5G is a risky development of traditional cellular technology. It works with higher energy radiation resulting in potentially damaging effects on humans.

Indeed, some researchers argue that the new 5G network produces radio frequency radiation that can damage DNA and lead to cancer or at least can cause oxidative damage which in turn will cause premature aging.

A possible disruption of cell metabolism that may lead to other diseases through the generation of stress proteins has also been reported. Some articles cite research studies and opinions from reputable organizations such as the World Health Organization.

All of the above sounds rather alarming, but let's look at them closely, with a scientific look.

What is 5G?
The 5G is a new standard of existing technology called wireless cellular network. Although telecom companies have just begun to set up their antennas and develop their networks for the new standard, but that does not prevent device manufacturers from already incorporating new technology into their devices.

The new Galaxy S10 and Samsung Galaxy Fold (the phone that unfolds and becomes tablet), for example, are ready for 5G. And not only. All companies, such as LG, Huawei, Motorola, ZTE, Xiaomi and others, have incorporated 5G into their latest models.

In Europe, 5G will use three frequency ranges: a low frequency at 0,7 GHz, a medium at 3,4-3,8 GHz (which will be the one most used) and a high frequency at 24,25-27,5 GHz. These frequencies are chosen because they are simply free, that is, they are not used by any other technology. They are higher than 4G, and because of this they have the ability to transfer information at a much higher speed.

5G offers at least ten times the performance of the network. The last major network upgrade was 4G, which debuted 2009, providing a maximum data transmission rate of about 10 Mbps. In comparison, 5G is ready to offer maximum speeds between 10 and 20 Gbps.

And so the latency of network time will decrease from 30ms to about 1ms, ideal for streaming video games, online video and instant response of machines IOT (Internet of Things).

RELATED: 5G, What is it and what speeds are we talking about?

The development of worries
For the story, it's worth noting that the fears about 5G did not go down well. This is a reiteration of the same concerns that have been associated with the dangers of electromagnetic radiation for decades. We have seen controversies over everything that emits (even if they do not emit) some kind of radiation. Remember what you have read from time to time about Wi-Fi, microwaves, laser distance meters, radar antennas, TV's, HAARP system and a whole lot more. 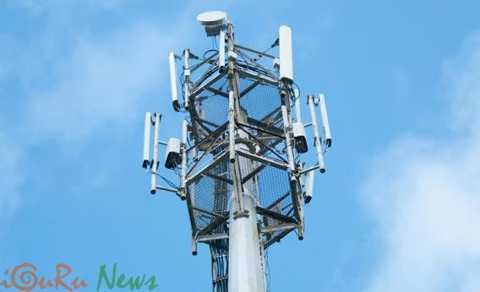 Up to the turn on foreign TV there is, the B, where one of the protagonists, Michael McKean, has a hypothetical electromagnetic hypersensitivity and suffers weakening symptoms.

Although in real life there are people who think they have such sensitivities, systematic scientific studies have found that any symptom presented has nothing to do with the presence of an electromagnetic field, and World Health Organization now recommends psychological evaluation for all these people who suffer.

Similarly, decades of research have found no connection between mobile phones and cancers, such as brain tumors, although this has not stopped legislators around the world (such as San Francisco) by enacting laws requiring stores to indicate the amount of radiation emitted by the various devices. Which in the minds of ordinary users implies that there is danger.

How dangerous is radiofrequency radiation?
The basis for all the concerns about mobile networks is that of radiation. Radiation is everything emitted in the electromagnetic spectrum, from microwaves to X-rays, even radio waves or light from your screen or sunlight. Clearly, radiofrequency radiation (RFR) where mobile networks are emitting is not inherently dangerous, so the problem is to find out under what conditions it may be.

The scientists say that the most important criterion for whether or not a radiation is dangerous is whether it falls into the category of ionizing or non-ionizing radiation. In simple terms, any irradiation that is non-ionizing (we call it non-ionizing) is too weak to break the chemical bonds.

Non-ionizing radiation includes part of ultraviolet light, visible light, infrared radiation and everything at a lower frequency, such as radio waves. Everyday technologies, such as power lines, FM radio and Wi-Fi, also fall within this range. (Microwaves are the only exception of non-ionizing radiation, but capable of damaging tissue as it is precisely designed to co-ordinate with water molecules and make them flow.) The frequencies above the ultraviolet radiation, such as X-rays and gamma rays, are ionizing.

It is understandable that people are generally concerned about radiation. The use of the general term "radiation" is misleading because people think of nuclear weapons. They are actually thinking of ionizing radiation that can cause damage. It can kill cells. It can cause DNA mutations. 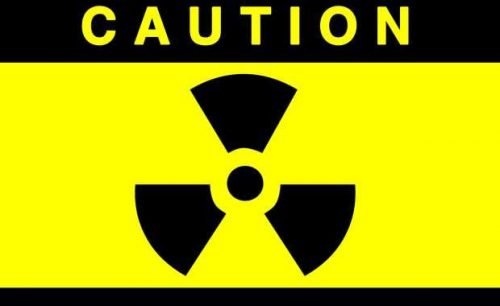 The studies are not clear
Of course, just because there is no known mechanism, that non-ionizing radiation does not have a biological effect, that does not mean it is safe or that there is no effect. Indeed, researchers continue to conduct studies. 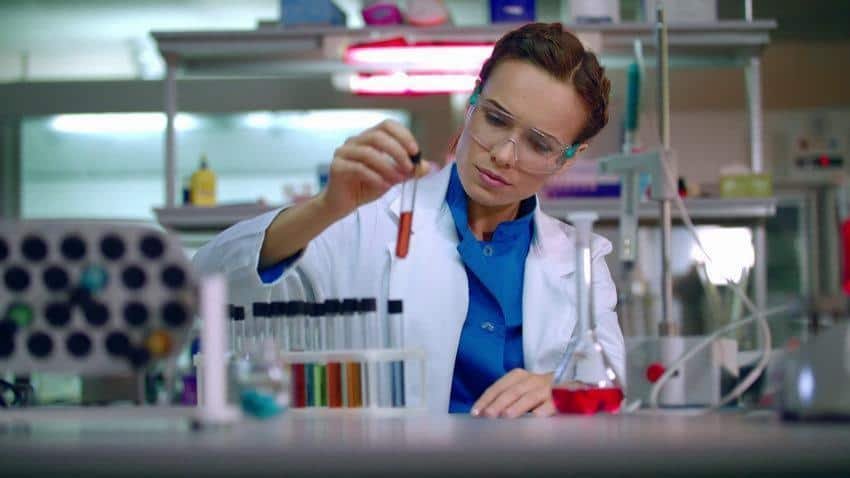 A study published in May of 1999, from the National Toxicology Program (NTP), which is part of the US Department of Health and Human Services, scientists have found that high exposure to radio frequency radiation used in 3G in rats has led to evidence of cancerous heart beats as well as indications for tumors in the brains and adrenal glands of male rats.

It is the study based on most pages that warn of the dangers of 5G. However, they do not report all the findings of this study as the study found that the number of tumors detected was so small that they could have happened randomly (which may be more likely to have been detected only in male animals). In addition, the level and duration of exposure to RFR was much higher than any radiation received by the real human and, in fact, irradiated experimental animals lived longer than non-exposed animals.

Maximizing the risks of 5G
With the arrival of 5G, and since the landscape is not entirely clear, there are concerns about this new technology.

A more common complaint about 5G is that, due to the lower power of the 5G transmitters and the higher frequency than 4G, there will be more of them. Websites like Environmental Health Trust claims that :

"5G will require the construction of literally hundreds of thousands of new wireless antennas in neighborhoods and cities. One transmitter will be installed every two to ten houses according to estimates ". 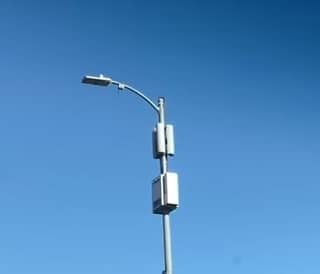 What they really say is that the dose will be higher. In theory, this is one a reasonable question. But avoiding the terror and thinking more carefully, we are still talking about power and frequency less than light !!!. Get out in the sun and receive electromagnetic radiation that is much higher than that of 5G antennas.

It is easy to find claims throughout the internet that 5G's greatest incidence is a hazard. Take for example RadiationHealthRisks.com which he observes that:

"1G, 2G, 3G and 4G use a frequency of 1 to 5 Ghz. 5G uses a frequency between 24 and 90 GHz ……. "Within the RF portion of the electromagnetic spectrum, the higher the frequency, the more dangerous it is for living organisms."

But the claim that higher frequency is more dangerous is just that: a claim. Without a little real science to justify all this. 5G remains a non-ionizing radiation.

The FCC, responsible for licensing spectrum for public use in the US, states: “For 5G devices, the signals from commercial wireless transmitters are usually well below exposure limits radio frequency (RF), for any location accessible to the public ”. The FCC does not share health risk assessments expressed by the FDA (US Food and Drug Administration), which adopts an immediate but low-level approach to dealing with risks, stating: "Scientific evidence has not linked mobile phones to health problems."

The European Union in August of 2018 chose for each member state a city where 2020 will test 5G (the city of Patras was chosen for Greece) and where the new model will focus more on eHealth, energy, transport , intelligent buildings and digital service gates, with a general focus on the notion of a smart city. 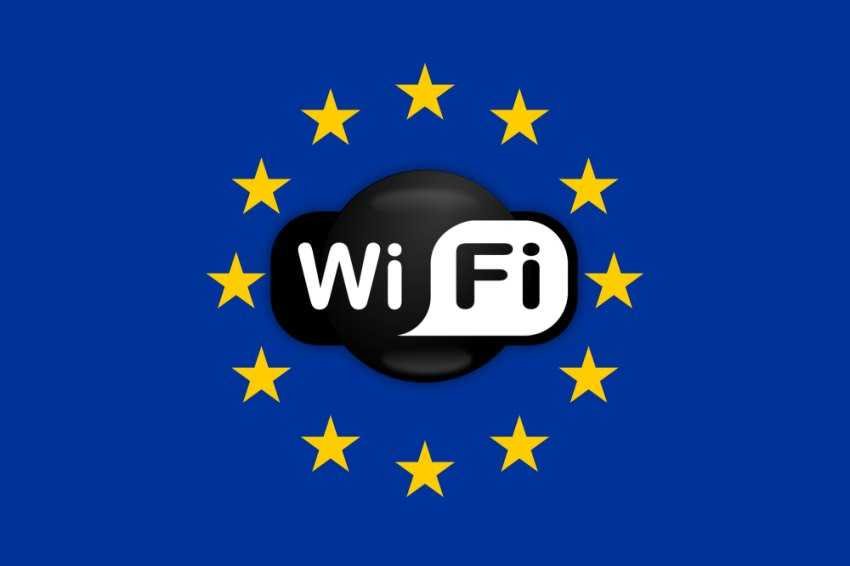 For health issue states caution that there are no out-of-work investigations yet and has therefore issued the recommendation 1999 / 519 / EC followed by the guidelines for restriction exposure to electromagnetic, electromagnetic and electromagnetic fields (EMF), the International Commission on Non-Ionizing Radiation Protection (ICNIRP). 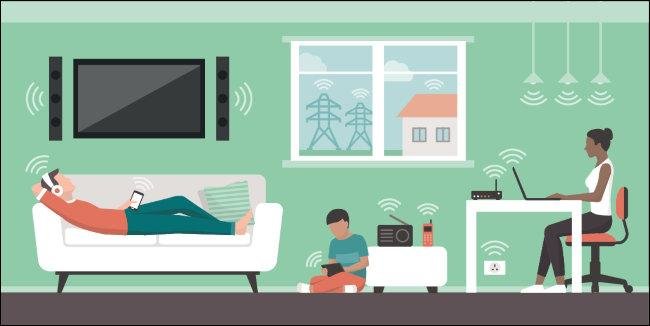 In 2011, the World Health Organization (WHO) reported that it classified radio frequency radiation as a Group 2B factor, which is defined as "Potentially carcinogenic to humans." But this classification is rather general. If you look at all the other things that are classified as potential carcinogens, you will see that they put RF radiation in the same configuration as caffeine and a bunch of other similar ones. This is such a weak claim that it means virtually nothing. It's like saying "everything causes cancer".

Part of the problem with the WHO statement is that it focuses on risk and not the real risk, a subtle distinction often lost by non-scientists. When the WHO classifies coffee or nickel or pickles as potentially carcinogenic, it claims that there is a risk, but without taking into account the real risk. It's like having a pistol, which is theoretically a danger because it can cause damage, but if you lock it in a safe place, the risk is negligible.

Scientists will continue to test new networks as technology evolves to make sure that the technology we use every day remains safe.

In conclusion
But for now, everything we know about 5G networks tells us that it does not exist no reason to worry. In fact, there are many technologies we use every day, with a significantly higher measurable risk. With 5G, the risk is low but not zero, and the real risk appears to be zero.