Expanscape has created a prototype laptop called the Aurora 7 that has not one but two but seven screens attached. Each screen of the Aurora 7 shows its own windows and applications. 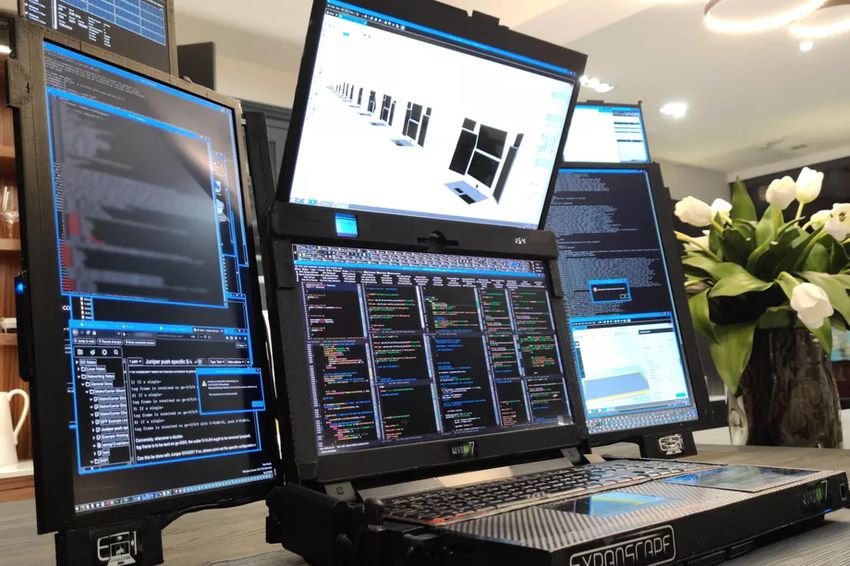 A laptop full of hinges, since the five screens extend around the main one. The main screen is 4K 17,3 inches and around it are three other screens of the same size and resolution. Above the left and right screens there is a seven-inch 1200p display. The seventh screen is touch screen, 1200p, seven inches and is located below the keyboard, next to the touchpad.

The original laptop weighs about 26 kg and is about 11 cm thick. The responsible GPU that runs seven 4K screens is an Nvidia GTX 1060. The laptop has an Intel Core i9-9900K processor and 64 GB of RAM. You can find more specifications here.

Although it is primarily built to be a mobile workstation and stay connected all the time, it may be able to run some games. In addition to the main battery that lasts only one hour, it also uses a 148Wh secondary battery to power its additional screens and this exceeds the FAA legal limit to take it with you on a plane.

Expanscape says that tries to fix it in future prototypes. As for the price, the company will ask you to sign a non-disclosure agreement, which forbids you to say publicly how much you bought it. This sounds like it probably won't be cheap.

Hacker tried to poison the water of an entire city in Florida
Next Post: Patch Tuesday February (56 vulnerabilities - one 0day)