If you've decided to try Linux first you should read here, and then choose a distribution that clicks you. Below we will see some of the distributions we prefer (no you will not find Ubuntoids).

That more stable and reliable I've tested along with Debian and OpenSUSE. Below I say why I have it at the top of the list.

The distribution is LTS that is, it is supported for many years which makes it ideal for server environment or for those who want a stable and reliable operating system.

CentOS is the one I use on a daily basis. CentOS 7 will not disappoint you if you are willing to build a machine as you want from the start, hardware and if you have it. CentOS 7 manages to deliver a workstation system that just works.
Please note that any fix in the system is permanent and will not be spoiled with the next update.

The Debian is my second choice on the list of Linux distributions I use.

Ian Murdock's operating system is also trusted and stable, but it is my second preference as CentOS comes with better support for my computer hardware out of the box. What does this mean;

After installing CentOS I didn't need to install drivers, as the operating system recognized every piece of hardware my computers were wearing. With Debian I need to reinstall the linux firmware every time after editing sources.list to add contrib and non-free repos.

Debian is one of the oldest and best supported distributed Linux distributions. From a technical point of view, he is the father of many other distributions. Focuses on stability. So, new releases are not often released, but when they do they have been thoroughly tested. Debian offers over 37.000 packages, since almost every software for Linux also has a Debian package. You can try Debian live before installing it, and choose between a minimal or complete installation. There is a graphical installer that will guide you through the process, and you can install any DE you want as it supports everything.

Best for: servers and users who want a stable and secure system that does not need constant updates.

A reliable and stable operating system, even in the rolling version of Tumbleweed. The openSUSE is a popular Linux distribution. It is based on the RPM package management system, it has KDE as the main interface, but also offers: GNOME, XFCE, LXDE, Mate and others. In addition to the stable version, openSUSE also has a rolling release (the Tumbleweed) for those who want the latest software. It offers a complete system management solution called YaST and comes with several pre-installed applications to get you started.

I avoid openSUSE although it is a very stable operating system because of the company's collaboration with Microsoft. The collaboration of SUSE and Microsoft lasts over a decade, with 1000 + public customers and businesses benefiting from the focus on interoperability, innovation and high-performance solutions offered by the two companies.

Best for users who want a stable and reliable system with very good support.

The MX Linux, a Linux distribution based on fixed Debian. The distribution came from cooperation between its communities antiX and MEPIS Linux that has ceased to grow.

It uses Xfce as the default desktop, and is an operating system that combines an elegant and efficient desktop with simple settings, high stability, stable performance and minimal footprint. In short, it's a fairly light distribution that does not sacrifice quality.

Best for users who want a stable and reliable Debian system. It contains many custom applications that make management playful, without the need for commands from the terminal.

The Manjaro Linux it boasts the incredible power of Arch Linux but also a user-friendly interface for installing distribution and maintaining your system. DE's default is the lightweight and reliable XFCE, but it also has KDE, GNOME and Cinnamon versions.

The Manjaro automatically detects the hardware that "wears" your computer and finds the drivers, supports many kernels at the same time, has its own repositories of proven software. However, users can also access archive repositories of Arch Linux.

The Fedora often referred to as a "bleeding-edge" distribution, which is not accidental. It means that it focuses so much on innovation and the latest technology, which sometimes it does at the expense of stability. It comes in three basic versions: Workstation, Server and Cloud, and there are many versions of Fedora that provide different work environments and software collections. However, the default DE is GNOME. Fedora is an RPM distribution with its own repositories.

One particularly important feature is Linux's enhanced security (SE) that is applied to the kernel and serves to make Fedora one of the safest distributions in circulation.

Best for advanced users who want to try the latest software, but also for users who appreciate secure systems. Stability often comes second, in front of the philosophy of the bleeding-edge.

Arch Linux is a powerful Linux distribution. But great power also means great responsibility, and in this case it means that you have the responsibility for your operating system. Installing and configuring Arch Linux requires relatively advanced knowledge, but there is always the help of detailed tutorials and official guides.

You can install everything in Arch: Linux, KDE, Cinnamon, GNOME ... and there are hundreds of applications available in the Arch User Repository (AUR). It is a rolling distribution and new snapshots are released quite often. Updates can sometimes damage your system as Arch Linux gives you complete control over what to choose and set the slightest detail. It has a very good forum and also a very good wiki where you can find help for any problem you are experiencing.

Best for advanced users, users who want to learn more about the structure of Linux, and for users who prefer a minimalist installation and have time to dedicate ...

Not for everyone: The Qubes OS is a Fedora-based Linux distribution. It is designed to provide security and even "security with isolation", using domains created as light Xen virtualization machines. It seeks to combine two contradictory goals: isolation between domains (as strong as possible), mainly because of its clever architecture and how to make isolation as simple and easy as possible.

Essentially, distribution, isolates components and applications by separating them from the rest of the operating system.

After the comment below, I will probably have to clarify why I am avoiding Ubuntoid distributions.

Ubuntu was launched in 2004, based on the Debian distribution. Ubuntu aims to provide a constantly updated, stable operating system for the average user, with an enhanced emphasis on ease of use and installation.

Ubuntu is free and open source, distributed for free and can be upgraded by any developer who wants to join the development team. Ubuntu is funded by Canonical Ltd., a privately held company founded by South African businessman Mark Shuttleworth. Instead of selling Ubuntu itself, Canonical records revenue from the paid technical support it provides for its product.

By keeping Ubuntu free and open, Canonical also enlists the help of third-party developers to develop it.

With Canonical management, the distribution goes beyond the concept of the traditional Linux development community, just like Novell is doing behind openSUSE. It is no coincidence that Microsoft has chosen its first partners, Canonical and Novell, to integrate Linux into Windows 10.

So I choose to use a forked Debian distribution (Ubuntu, Mint) to use Debian itself, which faithfully adopts the GNU / Linux philosophy. 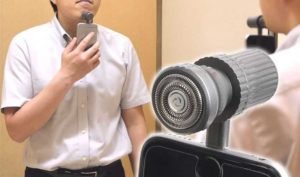 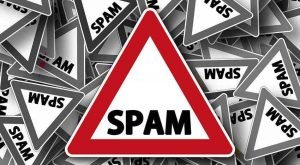