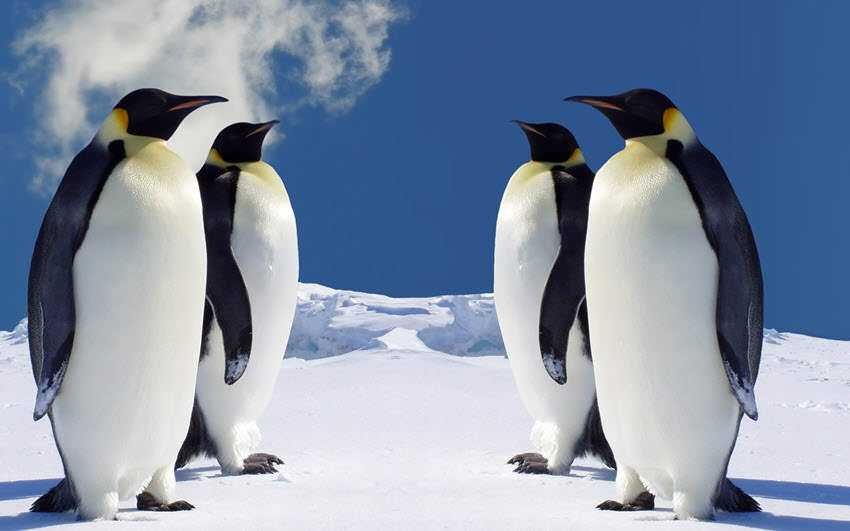 If the user is not willing to learn something new or does not have the time to spend, then perhaps the best solution is to continue using the operating system he used so far. Experience has shown that this is the most painless solution. Otherwise, the usual outcome is the disappointment of the new user and the false impressions about the functionality of the user.

The above applies irrespective of the more functional and the oldest. On all operating systems you can perform all the basic functions you expect on a computer.

You will be surprised if you have learned how many people have the above complaint. Coming to Linux, they expect to find an open source and free version of Windows. Often, this is also the information provided to them by fanatical Linux supporters. But it is an expectation that is not based.

The reasons people want to experience Linux vary. In essence, however, there is a fundamental reason: They hope that Linux will be better than Windows. Common criteria are cost, choices, performance, safety, and so on. But every Windows user who tries Linux does it because he hopes to be better than what he already has.

And that's where the problem is.

It is impossible for any thing to be better than another and at the same time be one with it. A perfect copy will be equal, but never better. So, when you tried Linux, you inevitably thought it would be different. But many people ignore this fact and consider that any difference between the two functionalities is a failure of Linux.

As a simple example, see upgrading a device driver. Typically, in Windows, go to the manufacturer's page, download and install the new driver. On Linux, we are upgrading the kernel. This practically means that on Linux, with a kernel upgrade, we upgrade all the drivers for our system, and in Windows we have to download and install each driver separately. This is definitely a different process, but in no case is it ugly. But many people complain about this process because they are not used to it.

As another example, see Firefox, which is probably the most successful open source application. A browser that "won" the world. Did it succeed because it was a perfect copy of Internet Explorer? Which popular browser? No! He was successful because he was better than Internet Explorer. And it was better because it was different! Includes tabbed browsing, live bookmarks, built-in search bar, support for type images

and other wonderful things. The find function appears as a bar at the base and searches the page at the time of typing, turning red if it does not find anything. On the other hand, Internet Explorer (up to version 6) does not offer any of the above. Even to find, you need extensions that require you to "click" on an "ok" button to start the search and another "click" on another "ok" in the error message when it does not find a match that fits . A clear case of an open source application that is better. And it's better because it's different. If Firefox were a perfect copy of Internet Explorer, it would be gone by now. If Linux was also a copy of Windows? That too would have disappeared.

So the solution to the problem: Remember that where your Linux is intimate and the same as you are used to, it is not new and improved. Welcome the points in which it is different, because only there is an opportunity to "shine".

Why do I put Linux?

Finally why Linux? Why should I choose my operating system to be Linux? What do I gain by putting Linux? I do not know Linux, is it difficult? These are some of your questions we receive on a daily basis. Let us try to solve these questions as simply as possible:

And there are still dozens of reasons you can use it! Do not be afraid! It's easier for the user! There are many distributions! You just choose what you go! It's a way of life! Change your life! Stop being addicted to others and take life in your own hands! Come to the marvelous world of Linux and free software!

Why NOT Insert Linux?

Well or wrongly, despite the advantages mentioned in the previous section, there are cases where Linux can not be used. These cases may be due to both the software we use and the computer hardware

All newcomers in the Linux world are looking to find more ways to make on their computer what they did and their previous functionality. For the most common tasks (internet, multimedia, skype etc), Linux can and does meet their needs just as well, if not better.

However, there are cases where it is not possible to do what we did with Linux for example with Windows. Typically, these cases are due to the use of specialized software, which is not supported on Linux. It should be noted here that very often there are alternatives to many Windows and Mac commercial programs that can meet these needs. For example, Draftsight can be used instead of Autocad for drawing on 2D, Blender instead of 3DS Max for photo rerelation, etc. If for some reason supported Linux programs are not able to meet our needs, then we are Required to keep at least one old software installation. In this case, using VirtualBox or Dualboot is the right solution.

The most popular suite of office applications is Microsoft Office. This suite runs on Windows and Mac but not on Linux. MsOffice files can be opened by other programs such as the LibreOffice office application suite, but problems are usually encountered in formatting the files. So if we work with our colleagues, we always exchange records

then, perhaps the best solution is to install Microsoft Office on a VirtualBox. Alternatively, we can see if the version of MS Office we run through Wine is running satisfactorily.

For many years, the lack of Linux support from the big companies in the field was something that practically prohibited the use of Linux by someone who is seriously involved in gaming. At the end of 2012 however, Steam made the big break by releasing Steam For Linux and transferring several of her titles to Linux. This move, as it matures, is expected to dramatically change the situation in the future by bringing more and more titles to Linux. However, to date (2013 principles) if someone wants to be able to play all game titles running on PC, then it's probably better to stay on Windows.

In the first case, you should look for formal or informal support. In the second you have to make sure you upgrade your system to the latest version of the kernel and if there is still no support, good or bad, wait.

In any case, if you want to be absolutely sure that your computer is properly backed up, it is a good idea, especially before buying, to search the internet for hardware compatibility, and if you already have a computer or peripheral to check compatibility using a Linux Live CD / USB

Can ants teach networks at MIT?