The United States has arrested two members of the Xecuter team that violated consoles to play pirate games. They are accused of 11 crimes.

Two members Xecuter Group, which has developed and sells devices that allow its users to connect them to their consoles and thus play pirated copies of games, are being held by the FBI. The arrest took place in September and The US Department of Justice said The defendants are Max Loire, a 48-year-old French national, and Gary Boozer, a 51-year-old Canadian.

The two individuals are charged with 11 felonies related to their activities through the Xecuter team. The FBI is also accusing Yuanning Chen, a 35-year-old man from Shenzhen, China. Loire and Boozer were leaders of Team Xecuter, according to the US Department of Justice.

According to the indictment, the Xecuter team includes more than a dozen members, including people who specialize in finding security holes in consoles. Among other systems, the team had targeted the Switch, 3DS and NES Classic. 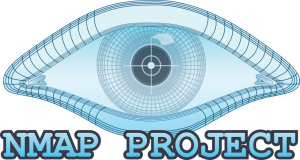