British police raided an illegal Bitcoin mining facility that stole electricity because they thought it was a cannabis plant. 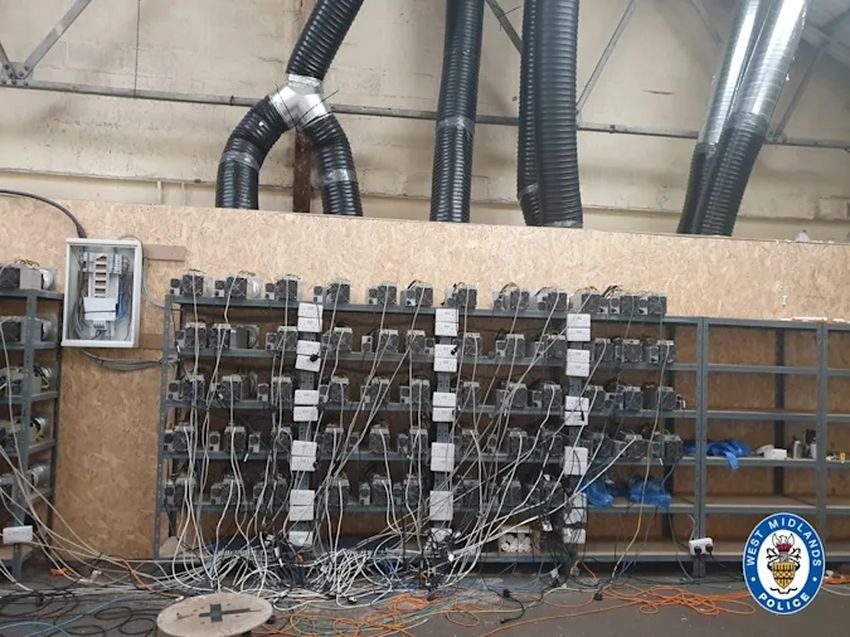 In a strange series of events, UK police closed a Bitcoin mine, for illegal theft of electricity, after it was revealed by police who thought it was a cannabis farm.

West Midlands law enforcement officials said they had been informed of the existence of a "crowded" unit. A police plane passing over said it was receiving a significant source of heat from its location at the Great Bridge Industrial Estate in Sandwell. Of course, the officers were convinced that they were looking at the "indicative" signs of a classic cannabis plant.

But when they entered the site on May 18, they found an array of 100 computers specializing in bitcoin mining. Officials seized the equipment when they discovered that Bitcoin miners had stolen thousands of pounds worth of electricity to power their operation. No one was home at the time of the raid, but police said they intended to contact the owner of the facility.

Bitcoin mining is an expensive, time-consuming task that essentially involves solving complex computational math problems for a fraction of the cost. A recent study found that the energy used to create cryptocurrencies, such as Bitcoin, is greater than the consumption of some countries, such as Sweden and the Netherlands.

Sandwell Police Lt. Jennifer Griffin said: "Certainly not what we expected! It had all the hallmarks of a cannabis organization and I think it's the second cryptocurrency we came across in the West Midlands.

He added that while cryptocurrency mining itself is not illegal in the UK, electricity theft is clearly not allowed. Police said they have no intention of returning the computers, after seizing them permanently, as a product of crime.

Windows 10 Upgrade with iso and the case of a different language
Next Post: Free download backgrounds for appointments in Zoom, Google Meet, Skype etc.