If the geographic extent of each country was determined not by natural boundaries but by the sale and distribution of local domains then the world map would be truly unrecognizable. 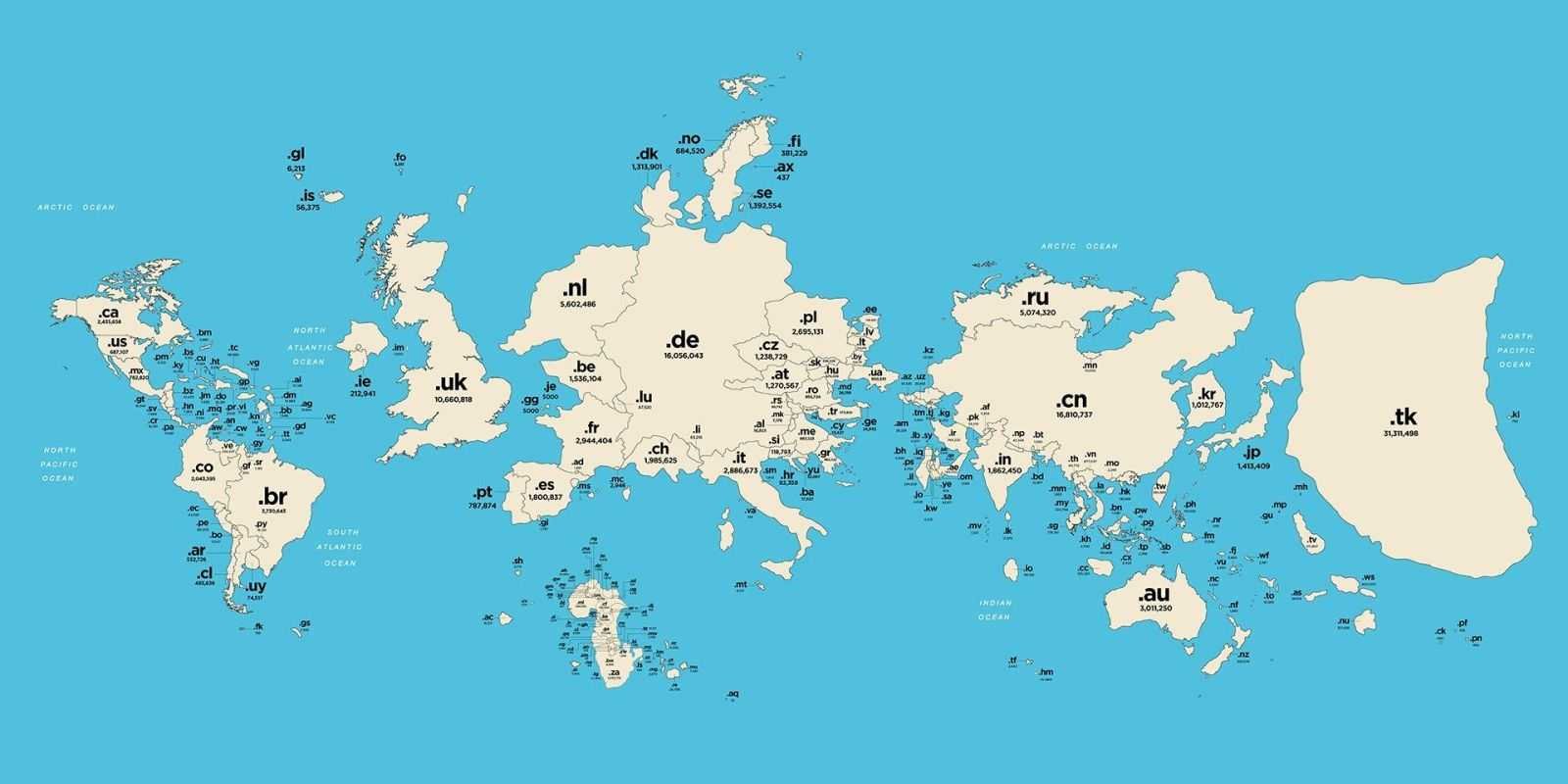 Wanting to map recordings and mood domain for the whole world, the Nominet created a new world map, where each country's territory represents the percentage of its domain registrations. This means that most countries look a bit distorted - some are remarkably tiny while others are huge and you may feel like you are back in elementary school and learning geography from the beginning.

The United States occupies a much smaller area and we would say that it is no longer a superpower. China, Germany, the Netherlands and the United Kingdom probably have expansionist aspirations !!!. The strange case is a new state next to Japan to which the .tk domain belongs.

.Tk may not be a widely known domain, but it has 31 millions of registered websites. It belongs to the Pacific Island of Tokleau, which is a New Zealand region that has only 1.400 inhabitants.

Please forbid Google to use your name and photos

If you put the numbers down you might wonder why every person living on this little island has over 22.300 domain in his possession but as you realize something else is going on there.

2000, a man named Joost Zuurbier, created Freedom Registry, which allowed anyone from any country around the world to buy a .tk domain for free. Known as FreeNom, the company distributes free domains from its headquarters in the Netherlands, as well as from its offices in London and Palo Alto, but not from the small island where it comes from.

What does the island win? Well, since domains are free, users are registered and widely used. Zuurbier's organization uses this to the advantage and adds ads to the .tk sites, giving a part of the money to the Tokleau residents.

The reason why America is much smaller than other countries is because its inhabitants often use the .com suffix, which is not linked to any country and is therefore not counted on the map. In total, the .com extension has 123 million registered Web addresses.

As for Greece with 483.522 dοmain in the global market, we have lost ground and shrunk as a country.

You can see the world map dômain in high resolution from here.