YouTube seems to want to replace cable TV services with the new YouTube TV.
At an event held in California today, the company announced a virtual cable TV. The new service will cost 35 dollars a month and give access to live broadcasts and cable channels.

YouTube says younger people ("millenials") want to watch TV in the same place watching all their other content, which seems to make sense.

This creates the YouTube TV service that "works on your phone, on your desktop," as well as on all your other devices.

The new service will initially offer the following channels: 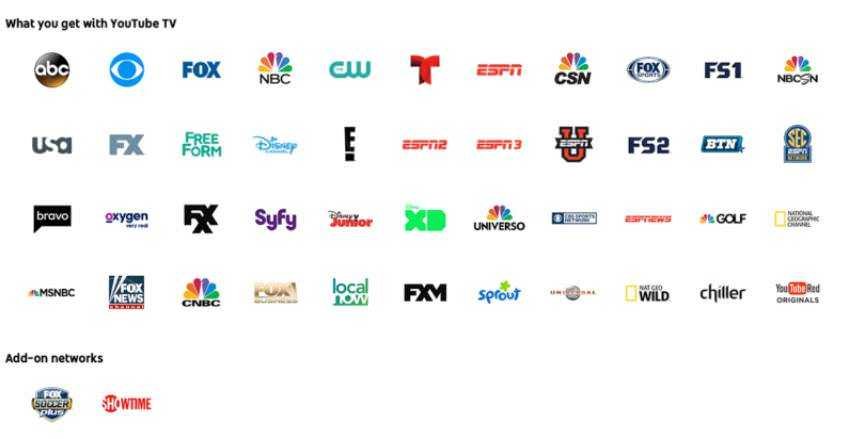 YouTube TV features a feature called the Cloud DVR, which will allow you to save an unlimited number of broadcasts without worrying about the storage limits of a traditional DVR. Of course you need to be online to access your saved broadcasts.

The company also announced a new application, divided into three sections: Library, Home, and Live. The Live section will allow you to surf, allowing you to swipe up and down to instantly change channels. To sign up for a show, you just have to click on the "+" icon.

The Library or Library tab is designed to help you easily find your favorite shows and recordings.

Finally, Home will be your central tab that will show suggestions based on two things. YouTube will guess what you will want to watch as well as new shows you can try. Google says it works by using engineering learning and as time passes it will make better predictions.

Unfortunately, there will be no direct integration with YouTube Red. If you have access to YouTube Red, it will not include features such as mobile playback or Google Play Music subscription. As for the ads will not exist for YouTube Red subscribers but the content of radio stations, it will still come with advertisements.

ING: Electric cars in Europe from 2035

A single subscription to YouTube TV will include six accounts covering your entire family.

You can sign up to get direct information on the upcoming service at tv.youtube.com.