As part of the program Open Schools, an initiative of the Municipality of Athens with an exclusive donor to the Stavros Niarchos Foundation, ο Organization of Open Technologies (EELLAK)  invites you to register for the open lessons to be held at 1th Experimental Gymnasium of Athens (Andrian 144, Plaka)  and 76o Primary School of Athens (Cyclops 6. Petralona).

These classes can be attended by anyone who wants (by filling in the registration forms) to learn to write entries in Wikipedia, to learn to use Open Educational Resources (GDP) as well as being familiar with the concept of copyright, acquire the necessary skills to enrich the maps of his neighborhood with information OpenStreetMap, learn to install and use it Ubuntu Linux on his computer and trained in the use of Open Source technologies (Applications 3d printing).

At 76o Primary School of Athens, the following thematic sections will be made

In the framework of Open Educational Resources workshops, participants will have the opportunity to learn what is an Open Educational Resources (GDP) and to become familiar with the concept of copyright. Through an interactive game, examples of open educational resource repositories that can be used in multiple educational applications will be presented and examples and sources of GDP search will be presented. Participants will be able to create their own GDP by mixing resources from around the world!

The total duration of the workshop is 5 hours (divided into two meetings), and

the themes included include the following:

- Mixing / Creating My Own Remixing OER

The aim of the School is to get acquainted with the Geographic Information Systems of Free Software and Open Geo-spatial Data. This acquaintance will be completed by using OpenStreetMap, an online mapping and geospatial data management application. Participants will be familiar with the above concepts and will be able to use / edit and contribute / participate in the development of OpenStreetMap content at the completion of the courses.

Anyone interested in discovering the world of Geographic Information Systems and learning to navigate OpenStreetMap can take part in these courses. Requires a familiarity with the computer, web browsing and good (lower) knowledge of English for any manuals that have not already been translated into Greek. He will be trained to add, delete, update and / or correct existing data: geospatial, geographical or other descriptive or non-descriptive data and thus acquire the necessary skills to enrich the open maps of his neighborhood or elsewhere with information. He will also be briefed on global mapping activity for either humanitarian or other reasons.

Wikipedia School is a series of seminars on learning how to write words on Wikipedia. Wikipedia is an open participatory online encyclopedia, based on the open source software wiki, in which we all write along with the principles of crowdfunding and some rules such as citing valid sources and citations.

The purpose of the seminars is to highlight new authors in the Greek Wikipedia, in order to develop the encyclopedia and to highlight the Greek language and history. Today the Greek wikipedia has about 110.000 entries and lags far behind other populations of the same countries, such as the Bulgarian one which has 200.000 entries.

Each cycle of the learning school will include 4 two-hour seminars.

Ubuntu Linux Installation and Setup Tutorials will include 2 3-hour tutorials:

Some of the scenarios that will cover the lessons:

These courses will be attended by anyone who wants to:

Or learn how to install, configure, and use the Ubuntu Linux operating system along with the dozens of Free Software applications that come with it.
Δει See Ubuntu Linux in action even if it does not want to install on your computer.
. Solve any questions about whether Free and Open Source Software is right for you.
Βοήθεια Get help with any problems you have when installing and using Ubuntu. 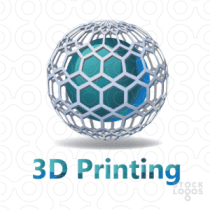 Each cycle of 3D school presentations covers the introduction of three-dimensional print concepts, basic tools for designing and customizing objects and completing a personal print project for each participant.

The purpose of these seminars is to familiarize participants with 3D printing technologies. the process of integrating these technologies into the learning process and production process as well as the potential benefits or problems of its adoption. Possible experience in the use of Information and Communication Technologies is useful but not necessary.

Open Courses of EELLAK DECLARATION OF PARTICIPATION
Fill out:
• The registration form for lessons at the 1st High School of Athens
• The registration form for lessons at 76o Primary School of Athens
ή
Visit the Open Schools website below
link and quickly and easily complete a membership statement in the relevant field:
www.athensopenschools.gr
ή
Call the phones 2105277089 ή 2105277570 and mention:
(a) Name of the interested party
b) Title of action
c) "Open School"
d) Contact details of the interested party