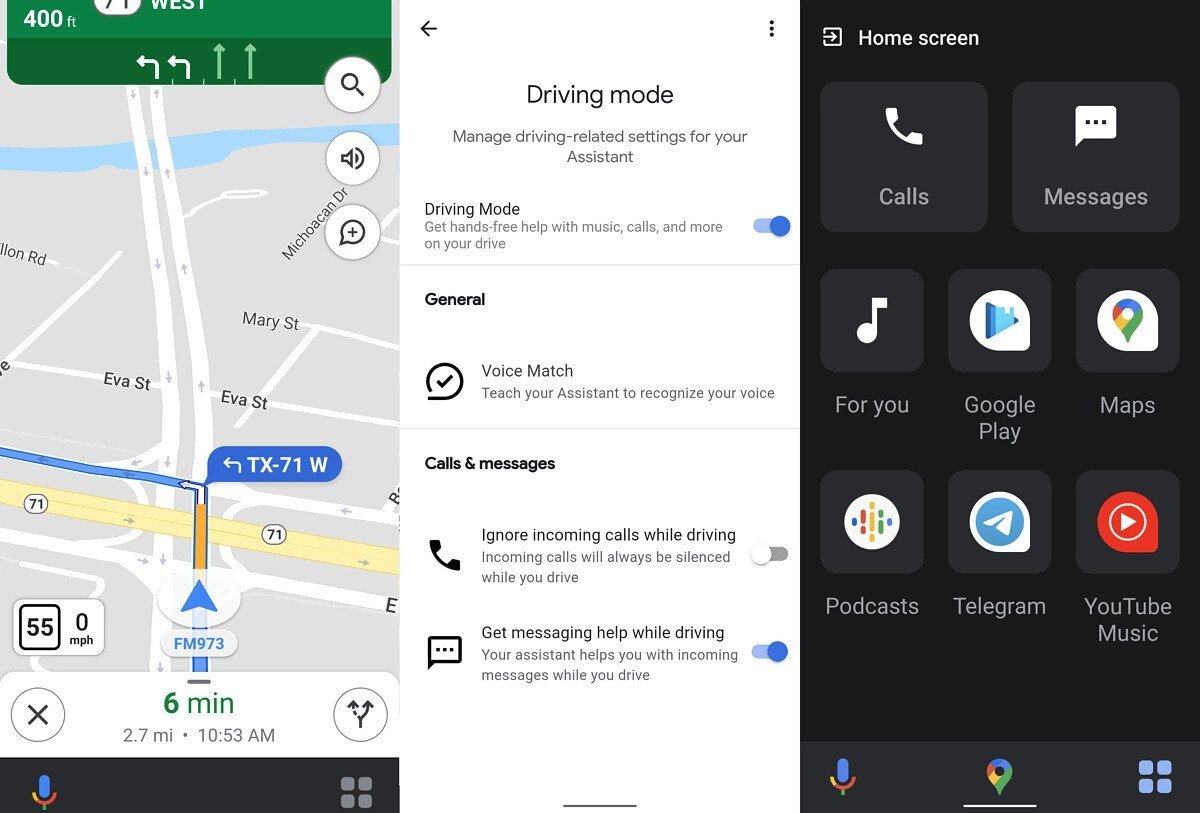 The user interface looks a bit different from what Google showed at last year's I / O developer conference. XDA reports that it first noticed something two weeks ago when users reported seeing a new navigation interface (UI) on Google Maps.

The Google Assistant Driving Mode announced at Google I / O 2019 seems to finally be rolling out https://t.co/s8Ip8VhAiT

We do not know if the availability of this new feature is part of a test or will be available to all users. XDA's Mishaal Rahman said he saw the new driving feature on a Google Pixel 4, an Asus ZenFone 7 Pro and an LG Velvet, and speculated that the new feature would replace the Android Auto app on smartphones. This seems to be in line with what Google said last year.

It is unknown at this time what he will do after leaving the post. It should logically be available on any Android phone with Google Assistant, using the voicemail "Hey Google, let's drive." This would display a control panel with driving-related functions and other personalized suggestions.

The same board should also provide entertainment opportunities for drivers whose vehicles are not equipped with touch screens.