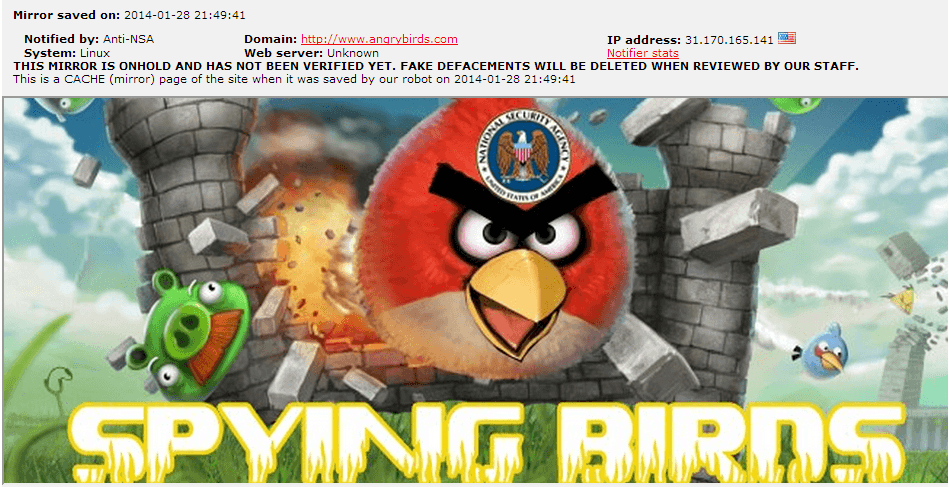 The Angry Birds official website (angrybirds.com) is reported to have been engraved. Its Hackers Syrian Electronic Army they say that a friend of theirs hacked and falsified the website.

Although no one seems to have seen the Angry Birds website as long as it was infringed, a screenshot of it is in  zone-h.org which verifies the allegations.

Angrybirds.com has been targeted following the revelation that the NSA and GCHQ collected sensitive personal data with the help of mobile apps, including Angry Birds.

Εrepresentatives of the company Rovio Entertainment Ltd  confirmed in digitoday.fi that the Angry Birds website had been tampered with for some time. However, researchers from F-Secure say that the attack is likely to be against DNS, and not to be a real violation of angrybirds.com.

Gmail IMAP Servers Do Not Work

The free and open source Pidgin program has reached the 2.10.8 version

Twitter "knows" when someone is in danger of depression