Do you remember Anonymous? Threat analysts report that the hacktivism just stopped. New data published by IBM X-Force confirm today the complete collapse of the dictatorial scene, as activity levels decreased by 95% from 2015 onwards.

According to IBM, security incidents caused by hacker-operated hackers have fallen from 2015 when the company recorded 35 different incidents.

Since then, incidents have been steadily declining, with only five reported in 2017, two in 2018 and none in the first months of the year.

Attacks by Task Force continued to occur, but the number of incidents (successful violations) is reported to decline at a steady pace.

Researchers cite two factors for this decline - the death of Anonymous and the continued repression by law enforcement authorities that have annihilated the ranks of hacktivists.

Probably the biggest role in the collapse of the activist activity was the breakdown of the Anonymous team, which, according to IBM, was responsible for 45% of all security breaches of the hacking scene.

Anonymous hackers once infringed companies and government networks for various humanitarian or social causes, but according to IBM, the team's name has now been tarnished by participating in political campaigns that began around 2016 and which have removed many of its members.

After campaigns like #OpKKK (KKK members report), #OpParis (report to ISIS members), #OpISIS (exposure to ISIS members and sites), #OpWhale (Violations of websites by Japanese and Icelandic authorities involved in unauthorized whaling) in banks and financial institutions), the group has reportedly been dumping data stolen from political organizations in recent years.

The event has led to the rise of the term "Fake Anons" which describes anonymous members who are either not affiliated with the group or acting on a personal agenda, promoting some political propaganda or for financial gain.

Fake Anons have broken the largest team, causing confusion among the general public. With the lack of leadership and a confused agenda, the members slowly retreated, rejecting the name and idea of ​​Anonymous.

In addition, the involvement of various government groups is also said to have tarnished the name of Anonymous. These groups are run by elite intelligence services, and disguise themselves as Anonymous to promote political propaganda or publicity campaigns.

Their actions have broke the group of Anonymous.

Here we have to mention that the group's attacks were not all admirable. In many cases, the anonymous hackers users' personal information was leaked to harm innocent people for ridiculous reasons.

This, in turn, has led to increased attention from law enforcement agencies that have managed and struck different Anonymous groups such as LulzSec, but also smaller ones.

"X-Force IRIS surveillance arrests revealed that law enforcement agencies in the United States, the United Kingdom and Turkey have arrested at least 62 hacktivists since 2011. We suspect the actual number is higher than was made public ”. 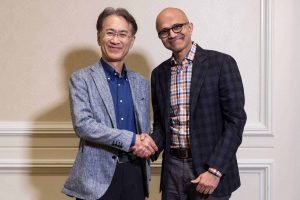 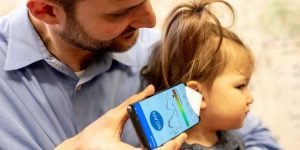