For those unfamiliar with this model the user installs the operating system once and receives updates forever. The Arch Linux distribution, however, also releases monthly ISO images that contain all the package updates that were sent through its repositories throughout the previous month.

So the Arch Linux 2020.01.01 version is here and it is the first ISO version for 2020, with the latest Linux kernel series 5.4. The new version brings many new features and improvements, such as support for Microsoft's exFAT file system, the "lockdown" security feature and application memory management on Android.

In addition, the Arch Linux 2020.01.01 version brings the updated packages and security updates that were released throughout December 2019, which makes the ISO necessary for those who want to install Arch Linux on new computers.

Once again, we would like to emphasize that Arch Linux 2020.01.01 is only here for new installations. All new Arch Linux ISOs are for those who want to install a new copy of Arch Linux on their PCs without having to download hundreds of updates from distribution repositories.

So if you are already using the distribution by running the sudo pacman -Syu command you will have a fully updated system. For those who want to install or try the new version of Arch Linux, they can download the ISO from the official website. 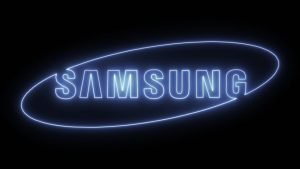