Wbadmin Utility is a Windows command-line tool that allows you to back up your entire system or back up individual units, directories, files, and restore your data from such a backup.

The Wbadmin tool can be used to automate backups on all modern versions of Windows. Earlier versions of Windows, from Vista and earlier, had another built-in utility, the NTBackup, used to back up. Remaining Windows XP users have it on their system.

WBADMIN FEATURES
The capabilities of Wbadmin.exe are quite different in desktop versions compared to Windows server versions. For example, in Windows 10, you can set the following available wbadmin subcommands:

In Windows Server 2016, the wbadmin utility supports more options and features, as follows:

HOW WRITTEN
First you have to run it Command Prompt with administrator privileges. For each subdomain of Wbadmin there is a list of individual switches that can customize its operation to your liking. To see these switches for each sub-command, ask for the corresponding help. For example to see the START BACKUP switches enter:

As you can see, the wbadmin tool in Windows 10 is capable of backing up your Windows image and individual drives.

For example, you can make a backup image of the Windows 10 operating system, add the F: disk to the backup, and burn it to a D: drive. The command would be formulated as follows:

When you make a backup, the directory is created automatically WindowsImageBackup to the disk specified in the backupTarget parameter, in which the system backup image is stored. BackupTarget can not be the disk that contains your operating system, nor what is stated on the include switch.

The include parameter allows you to specify the disks to be included in the image backup.

The allCritical parameter is used to ensure that all partitions needed to restore the system are added to the backup.

The quiet parameter is used to make the backup in the background.

When you run the backup command, you will see the progress of the backup and the list of partitions that will be contained in it.

OTHER EXAMPLES
Note that the Windows backup system is based on the Volume Shadow Copy Service (VSS). The wbadmin utility first creates a shadow snapshot of the specified volume and then creates a backup system image based on that snapshot. Computer performance may be reduced when backing up.

A. You can back up multiple folders and save them on a separate drive:

B. You can also save the backup to a shared network folder:

Note. This feature of wbadmin is not supported on desktop versions of Windows. If you execute such a command, an error will occur.

C. You can create an automatic backup task that backs up a system image and a specific folder or drivers once a day:

D. The list of available copies can be displayed with the command:

E. Delete all copies except the last two (0 - delete all backups):

ST. You can only delete the older backup: 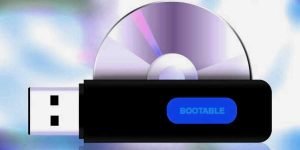 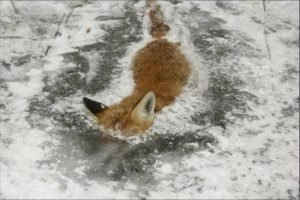