The development team Sledgehammer Games and publisher Activision announced that it is working with the Xbox brand from Microsoft to launch a new version of it Call of Duty Championship, which was set to take place between 27 and 29 in Los Angeles and will cost 1 a million dollars (788.000 euros). And, of course, money will be the strongest incentive for 32 teams from all over the world who will be invited to take part. The choice of players will obviously be based on the performance of their members and their ability.

Players will compete in the recent Call of Duty: Advanced Warfare on XboxOne consoles. The contest will be held in Los Angeles and the exact space will be revealed later. It is unclear how many tickets will be allocated to the fans.

The official announcement explains that there are plans to create a series of special events for 2015, Call of Duty Championship in Asia, Australia, North America, South America, Europe, throughout February and early March.

The development team at Sledgehammer Games has revealed that the first big downloadable package that will include Call of Duty: Advanced Warfare, called Havoc, will begin on January 27, apparently only for XboxOne and Xbox 360.

Players who take the pack will be able to play on four new maps and can also enjoy the Exo Zombies, which asks four players to join forces to hold a zombie army. 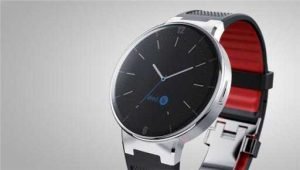