For users who want to turn on the new Dark Mode, the bad news is that there is no option in the Chrome settings section to do this.

This means that users can not use Chrome Dark Mode regardless of the operating system theme, which can be quite annoying as most users prefer to control the appearance of each application.

The rest of the new features added to Chrome 74 are almost all web-devs. From this version, Google stops downloading files from iframes, a common method used to distribute malware through malware.

Another security mechanism added by Google to the new version of Chrome is blocking the ability of a site to open a new tab when the current page is closed.
This technique has been tamed in recent years by advertisers and technical fraud scams. So Google thought it good to take drastic action.

There are no details on how Lite mode works, but Google promised to publish a whitepaper with more information in the near future.

More about the new version 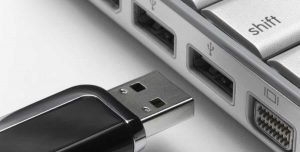