Microsoft has released on the E3 keynote a new trailer for Cyberpunk 2077, along with a release date and a big star: Keanu Reeves.

The new trailer shows much of the data we saw last year, like a dark future, a dark age, with artificial changes in the human body and, of course, excessive criminal activity.

But Keanu Reeves appearing on the end of the trailer as a character makes the difference, of course with the release date of the game (in 16 April 2020) displayed in the last seconds.

Cyberpunk 2077 is growing at least by 2013, but we had the first one taste last year. The project is an open-world shooter with character adaptation capabilities in a world where implants can dramatically change people's looks and abilities.

It is based on the tabletop title Cyberpunk 2020 and has been developed by CD Projekt Red, known from the Witcher series. 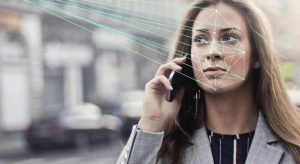