DoubleVPN was a Russian-based VPN service that duplicated encrypted data. If you were using the service, your requests would be encrypted and transmitted to a VPN server, which would send them to another, which was connected to the final destination.

The website doublevpn.com was seized today by the enforcement authorities of DoubleVPN and they managed to obtain personal data, logs and statistics for the customers of the service.

"On June 29, 2021, the police dropped the DoubleVPN. Access the DoubleVPN servers and seize personal data, logs and statistics that DoubleVPN maintains for all of its customers. The owners of DoubleVPN failed to provide the promised services "states its website doublevpn.com which is in the hands of the Authorities.

"International law enforcement continues to work collectively against cybercriminals, wherever they are committed. The search with the data of the customers of this network will continue. ” Europol confirmed to BleepingComputer that the message was legitimate and that it would release more information about the business later today. 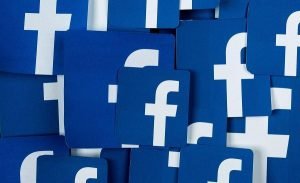