The end of an era signaled for her Oracle the departure of Larry Elizon from the position of CEO on Thursday, which marked the end of a term considered one of the most successful in business history.

Elison served as Chief Executive Officer at 1977, the year in which he founded the company. Oracle, in 35 years, led by 70ronus Ellison, has become one of the largest database software companies in the world and one of the largest business software vendors.

Larry Ellison is regarded as one of the most iconic visionary figures of Silicon Valley, the equivalent of Steve Jobs and Bill Gates. According to the company, he will be replaced by Sahrah Kage and Mark Heard, formerly vice-presidents, who will be in charge of managing directors. Elison will be the chairman of the board and chief technology officer of the company.

It is worth mentioning that the eccentric billionaire (his fortune is estimated at 51,4 billion dollars) was a close friend of Steve Jobs, and is thought to be a figure inspired to portray him Iron Man by Robert Downey Jr. in the homonymous films (note that he has made a cameo pass to Iron Man 2). 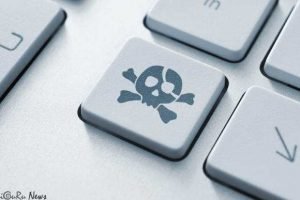