Exodus for Kodi is one of the most popular add-ons to the application. It gives users access to thousands of movies, TV shows, children's shows and documentaries, which can be attended for free at the touch of a button.

But is the Exodus add-on legal? Does the legal status of the Kodi add-on change depending on the country you are in? And could you have trouble using Kodi Exodus?

Below we will try to answer all of these questions.

What is Exodus for Kodi?

There are two main versions of the Exodus add-on. The split occurred when the developers of the original Exodus add-on stopped developing the 2016 application and gave the source code to the community.

The two versions are called Exodus Redux and Exodus V8. They are developed by different groups and have slightly different interfaces.

Of the two add-ons, Exodus Redux is the most popular.

The add-on features almost every TV show, movie, documentary, cartoon for children, immediately after their release. That you can think is available in Exodus.

You will find the latest episodes of big series such as Game of Thrones and The Big Bang Theory as well as the newest Hollywood blockbusters. You will also find a number of older series such as Friends, How I Met Your Mother, Breaking Bad and many more.

Each video contains a list of sources. If a streaming does not work, you can continue to test it from the list until the view starts.

Wondering how much it costs to access all of this new content? Nothing. Kodi Exodus is completely free.

Is the Exodus add-on legal? Is the content it claims legitimate?

First of all, we need to make it clear: Exodus does not host content. it just provides links and sources from where you can find various movies and TV shows.

So the question is, "Is the content associated with the Exodus add-on legal?"

The answer is "no", although there is available and legal content. For example, you may come across some series and movies that are available for free from the producers. However, the vast majority of content available through the Exodus extension was uploaded illegally.

Users who have files for streaming do not have distribution rights. They copy the broadcasts, and then upload them to different hosting locations. Almost every country in the world feels this process illegal. In the United States and Europe, it can lead to imprisonment.

Is the Exodus add-on legal?

The situation with the legality of the content that Exodus projects is clear is clear. But what about the add-on?

The term facilitator is not new. You know the story: Napster, Limewire, Pirate Bay, Project Free TV and Megaupload are great examples of this.

In the US, the answer is yes.

MGM Studios, Inc. has a res judicata. against Grosster, Ltd, 2005. It was a case that was handled by the Supreme Court and concerned copyright laws and peer-to-peer file sharing.

In this landmark case, the court first referred to the "incitement rule":
"We believe that anyone who distributes an application in order to promote its use to infringe copyright is responsible for subsequent infringements by third parties."
"The incitement rule […] is responsible for intentional, reprehensible expression and conduct and therefore does nothing to prevent illicit trade or discourage infringements by third parties."

So if we analyze Exodus with these instructions, it is clear that it violates the law:

Does the add-on promote its ability to breach copyright? Yes.
Does it take positive steps to promote the infringement? Yes.
Are users as a result of violating the law? Yes.
Is the behavior of Exodus deliberate? Yes

Could you be prosecuted for using Exodus in Kodi?

If you are in Europe, the situation is clear. The police can arrest you for streaming pirated content. In April of 2017, the Court of Justice of the European Community has ruled that the streaming of copyrighted content without rights or subscriptions violates the law.

In the US, there is no such law. However, there are endless loopholes in the law that authorities can use to "hold" you:

Buffering in a video is technically the creation of a copy of the content. So this is illegal.
Some Codi's add-ons they are known to use P2P technology and simultaneously upload and download video files while watching them. This is also illegal.
Depending on your settings, some or all of the video may be stored in your computer's cache. And this is marked as an illegal copy.

What about the possibility of persecution? Chances are limited, but it is one of those situations that no one expects to happen until it happens.

Is it worth risking your freedom to watch a movie without paying it? This can only be decided by you. 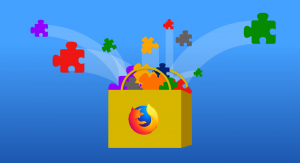