The latest Facebook update brings a new feature to Snapchat. It is released today and is called Vanish Mode. It was first announced as part of it large redesign of Messenger last September

Vanish Mode is a temporary messaging feature for Facebook Messenger but also for Instagram that will allow you to send texts, photos, voice messages, emoji and stickers that disappear as soon as they are displayed and the chat window closes. 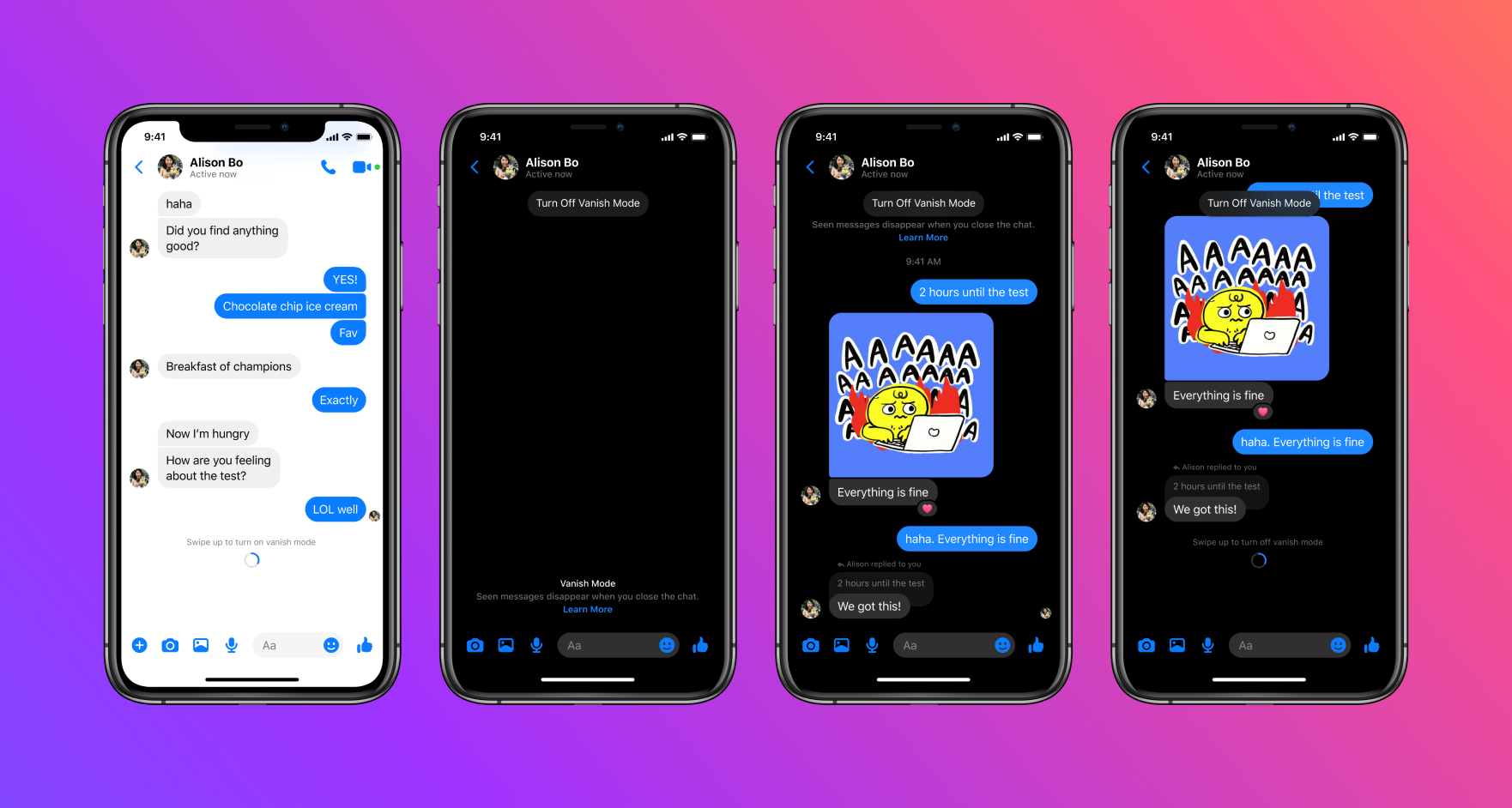 Some users may have already noticed the disappearance feature in Messenger chat settings, as Facebook released the new feature slowly to some users. And on Instagram, some elements of Vanish Mode are already part of the instant messaging feature.

The disappearance feature is similar to the existing Messenger chat feature that allows you to enter an encrypted chat (end-to-end) that is only stored on your device, although the new feature is designed to permanently delete anything sent after its projection.

Vanish Mode is a notable addition, as CEO Mark Zuckerberg announced last year that his company would strategically switch from the News Feed and public posts to private messages and groups.

Disappearance will appear in both apps (Facebook and Messanger) as a separate option that you can enable or disable from the settings of any specific group message or thread.

Facebook states that the feature will be opt-in, which means you must agree to enter the disappearance mode as soon as it is activated by another user in the chat or group. Messenger and Instagram will notify you if someone takes a screenshot while the feature is on.

Vanish Mode will be available today for Messenger in the USA. as well as for other countries. Facebook says it will be released later on Instagram.

EmuOS: Relive retro games and programs
Next Post: Skype 8.66 up to 100 participants in one call