Fingerprint & Face ID Protection: The Fifth Amendment to the US Constitution prohibits authorities from forcing you to disclose your phone PIN or password.

However, this measure can not provide fingerprint lock protection or Face ID. According to the news, this may change in the next time.

A warrant was filed in Oakland asking for permission for a raid and confiscation of personal property. The warrant also included access to all mobile devices, including those that were locked with biometric data (Fingerprint and Face ID), immediately after seizure.

However, a U.S. District Court judge in Northern California ruled that the request was excessive, arguing that "it was not limited to one person or device."
In other words, the police were asking the court for a general license that would allow the suspects to unlock their devices.

Thomas Brewster of Forbes he describes why this court decision is important:

In the most important part of the ruling, Judge Westmore said the government had no right, even with a warrant, to force suspects to unlock their devices with their biological characteristics. Before, the courts had decided that biometric features, unlike passwords, were not protected. This is due to the fact that a suspect should witness a passphrase verbally and voluntarily, which is not the case with biometric data. Thus, the password was considered a certificate that was protected while the body parts were not, and therefore there was no protection from the fifth amendment to the Constitution against self-incrimination.

It sounds logical, since passwords are protected by law, because not the Fingerprint and Face ID biometric data used to lock a device / property.

Of course, we have to see if the US authorities accept the decision, and above all, if they respect it in everyday life.
As far as Greece is concerned, we do not know what is happening. The positive thing, however, is that at the moment there is the res judicata (if not later removed under the pressure of the secret services). 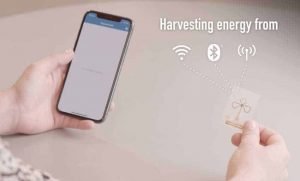