The targeted list of victims includes military and governmental organizations - and in particular, officials in charge of dealing with money laundering. The campaign also turned against executives from the health and economy sectors, top media, research and education institutions, energy providers and utilities, activists and political leaders, personal security companies, and other targets in their possession geopolitical information. 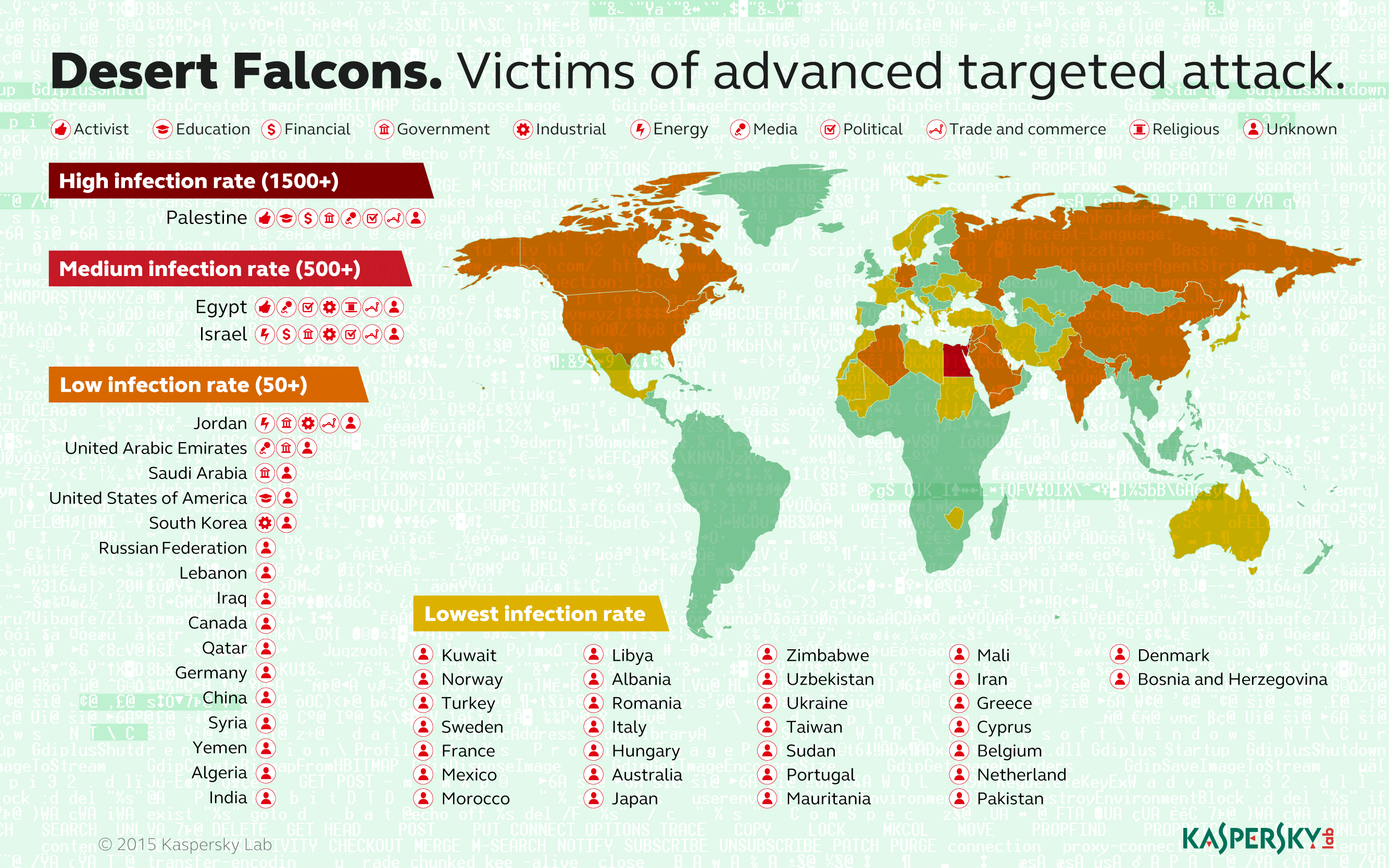 Overall, Kaspersky Lab experts have been able to detect signs of attacks over 3.000essions, to more than 50 countries, finding it intercepting more than one million files. Although the organization of the attack appears to be operating in countries such as Egypt, Palestine, Israel and Jordan, many victims have also been found in Qatar, Saudi Arabia, the United Arab Emirates, Algeria, Lebanon, Norway, Turkey, Sweden, France, the United States, Russia and other countries. 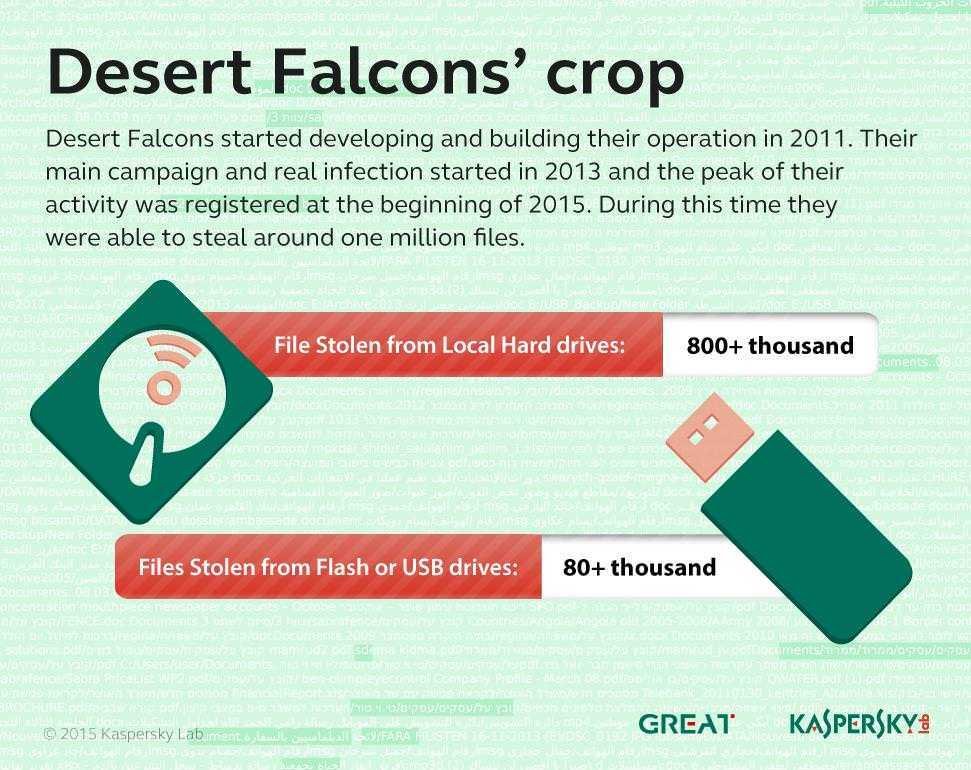 This technique takes advantage of a special character in Unicode to reverse the string of characters in the name of a file by hiding a dangerous extension in the middle of the name and placing a false file extension that looks harmless close to the end of the file name. Using this technique, malicious (.exe, .scr) files resemble a harmless PDF document or file, and even cautious users with good technical knowledge can drag and drop these files. For example, a file with a suffix ".Fdp.scr"would be presented as".Rcs.pdf".

After the victim's successful infection, Desert Falcons members use one of two different BackDocs, either their basic Trojan or DHSBackdoor, which seem to have been developed from scratch and are in constant growth. Kaspersky Lab specialists were able to identify more than 100 malware samples used by this group for attacks. 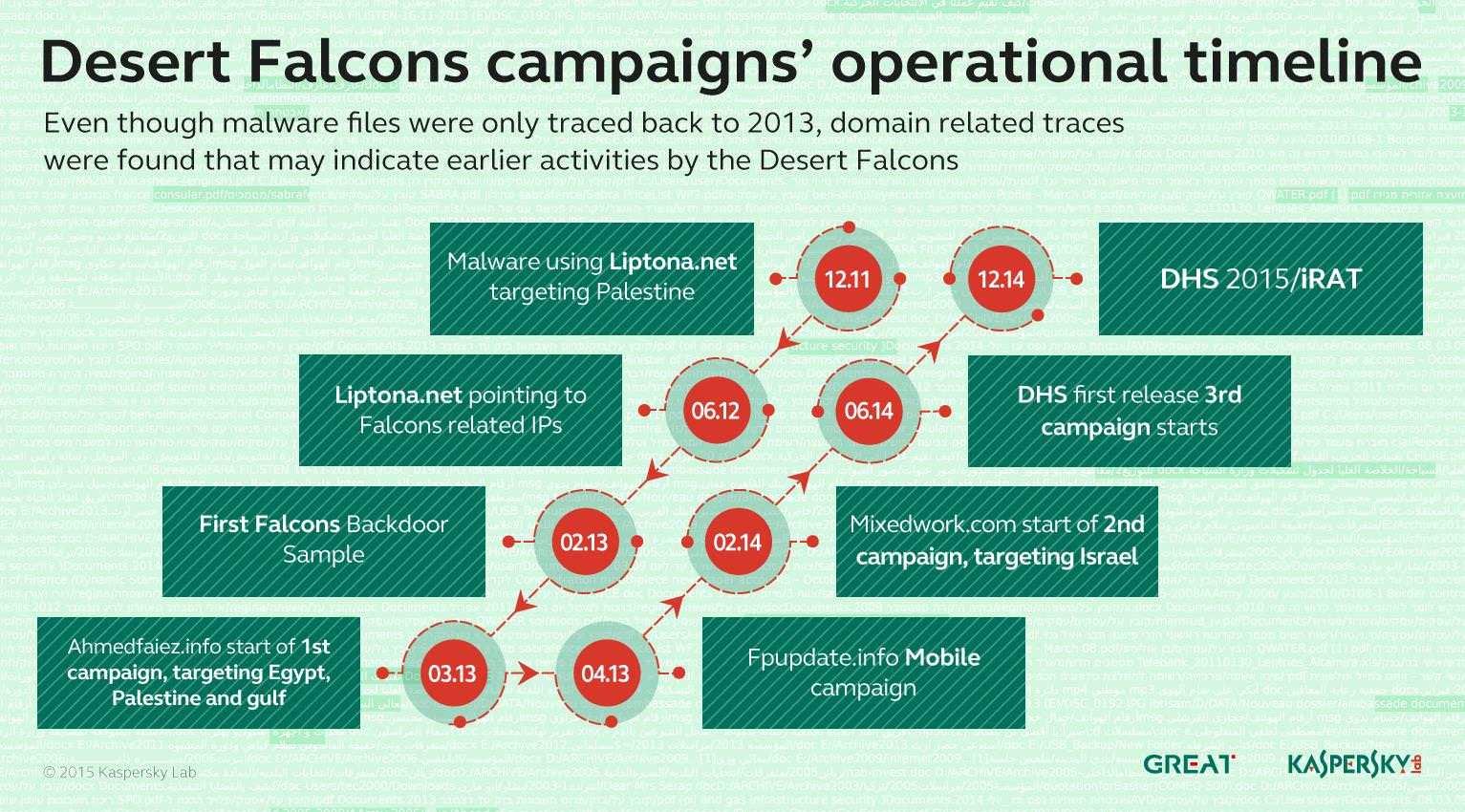 The malicious tools used have full backdoor functionality. So they can capture screenshots, capture keystrokes, upload download files, collect information about all Word and Excel files on a victim's hard drive or connected USB devices, intercept passwords that are stored in the system registry Explorer and Live Messenger) and make recordings. Kaspersky Lab specialists also detected traces of malware activity, which seems to be backdoor for Android, with SMS capabilities and SMS capabilities.

A "flock" in the secret hunt

"The people behind this organization are extremely determined, active, with good technical knowledge and good information on political and cultural issues. Using only phishing email, social engineering techniques, tools and backdoors developed by themselves, the members of the team Desert Falcons have been able to "pollute" hundreds of major victims in the Middle East through their computers or their handheld devices, as well as decode sensitive data. We expect this campaign to continue to develop more Trojans and to use even more sophisticated techniques. With sufficient funding, they could acquire or develop exploits, which could increase the effectiveness of their attacks,said Dmitry Bestuzhev, a security expert and member of Kaspersky Lab's Worldwide Research and Analysis Group.

More information about the campaign is available at Securelist.com. 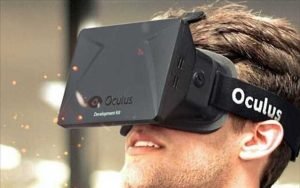