More than two out of five businesses (43%), who had been the victim of an attack DDoS (distributed denial of service) in their IT system, believe that their competitors were hiding behind.

According to her research Kaspersky Lab and B2B International, competing businesses are considered more likely to be guilty than digital criminals who are reported as suspects by less than two in five (38%) victims.

Kaspersky Lab's Survey, "2016 IT Security Risks," found that industrial sabotage was considered the most likely cause behind a DDoS attack, as it was higher in ranking than political conspiracy and personal vendetta at the expense of a business. Only one in five attack victims (20%) accused foreign governments and intelligence agencies, with the same percentage (21%) suspecting unhappy former employees.

In assessing the overall picture, more than half (56%) victims of DDoS attacks in Asia and the Pacific blame their competitors, and more than a quarter accused foreign governments (28%). Personal mistakes are high in the rankings also for that particular area.

One in three (33%) accuses former staff members. However, only one-third (37%) of businesses in Western Europe suspected a dirty game by its competitors, with one-fifth (17%) accusing foreign governments.

Observing behavior according to business size, small businesses are more likely to suspect their competitors when experiencing a DDoS attack.

48% of SME representatives think this is the reality, compared with only 36% of large businesses. Instead, representatives of large corporations consider that former officials and foreign governments have the greatest responsibility.

"It is clear that businesses feel that their information systems and personal data are under siege from all sides"said Kirill Ilganaev, Kaspersky Lab's Head of Kaspersky DDoS Protection. "With DDoS attacks being so frequent and powerful, many suspect that competitors are hiding behind them, looking for ways to put their pupils out of action and as a result steal their customers. With these insidious tactics constantly increasing, it is imperative for businesses to be protected and remain impervious to possible attacks, so they can stay in the game. " 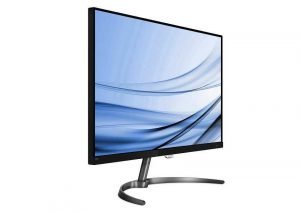