Microsoft has confirmed that Windows 10 build 15063 is the RTM version of the Creators Update release that will be officially released on April 11. Today, the company has placed ISO on Insiders registered on the Slow Ring, indicating that the update has gone one step further.

With the release of Windows 10 build 15063, the company allows you to perform a clean installation of the RTM version of the upcoming Creators Update.

Like, though we mentioned in a previous publication it is a good idea not to succumb to Microsoft's challenges as the build of Slow Ring does not mean that its development is over.

Let's mention once again that these ISO releases for Insiders, that is, for testing purposes, and are used to install Windows 10 on systems that the operating system has already activated, otherwise you can use trial for 30 days.

The final version of Window 10 Creators Update will be released on 11 April gradually. This means they will not be able to install it all the same day.

As we mentioned yesterday, it will be much better to wait until Microsoft officially releases the upgrade, or even better, until it is launched on the Windows for Business channel. This means you will have to wait around four months after the release, but you will have the highest level of quality that you can get from Microsoft. 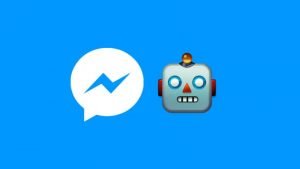