"The Smile of the Child", as a European recognized "National Center against Intra-School Violence and Bullying" announced on Wednesday, March 9 in an online event the launch of an annual nationwide campaign entitled "Speak Now" about the phenomenon of Intra-school / Intra-school Violence / Bullying. 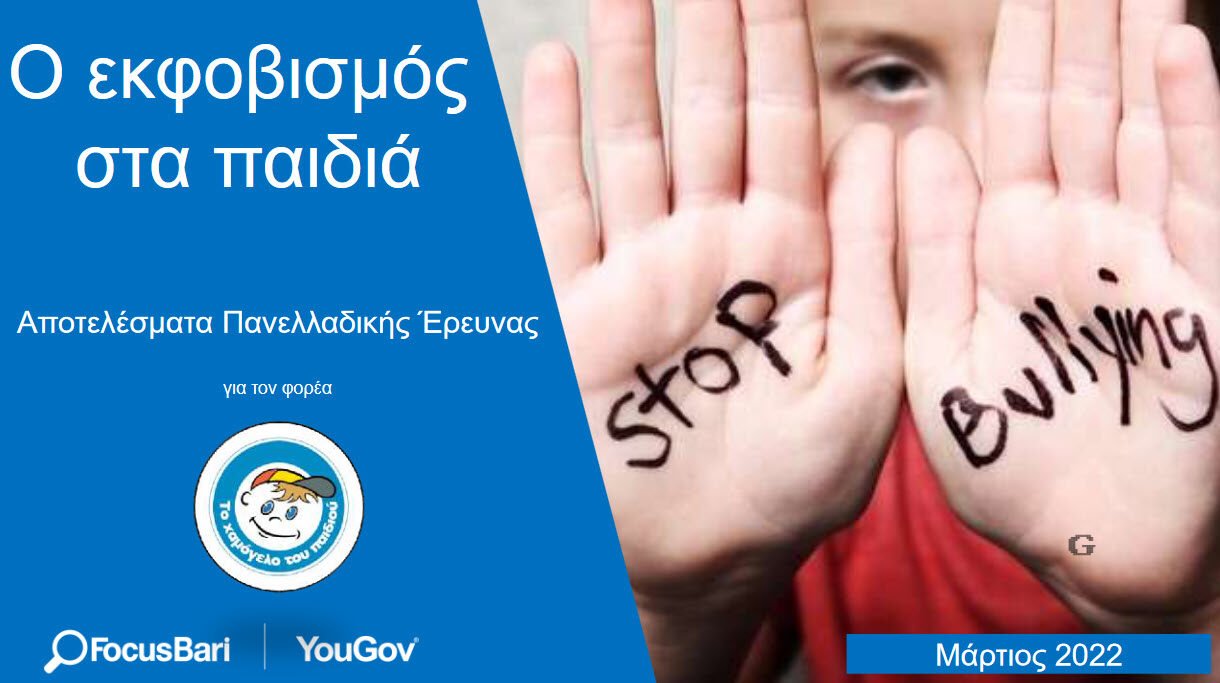 As part of this initiative, FOCUS BARI sponsored a nationwide survey of a sample of 1.000 people aged 16-64 on the opinions and experiences of the Greek public on the phenomenon of bullying at a young age. The results of the research showed that:

They were convicted of sexual offense with Skype

See the full presentation of the research here (PDF)