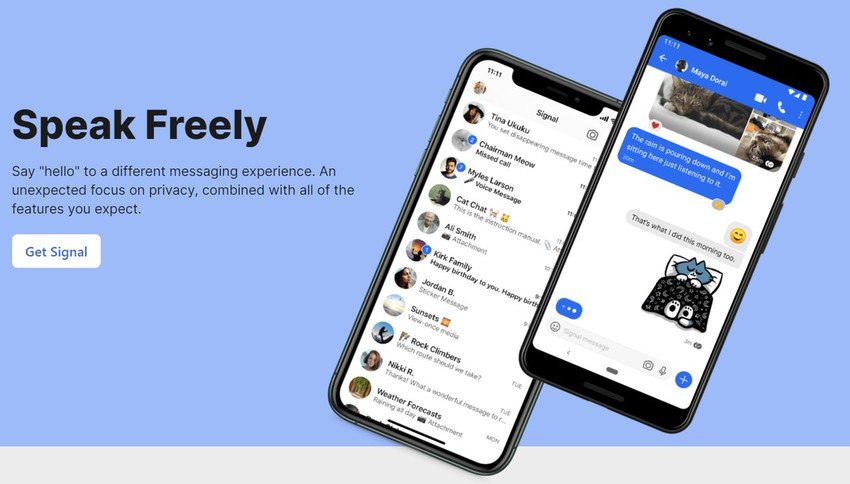 The demands of the times caused by the coronavirus pandemic, led to the increase of applications with the possibility of group video calling. And so Open Whisper Systems, the company that runs the Signal encrypted messaging app, joins the battle and offers a secure video chat with friends, colleagues or classmates.

Η Signal released the new feature with the latest version of its applications and, as one would expect, the video calls in the service are encrypted from end to end.

Although most people already have a video conferencing application on their computer, Signa fansThey especially appreciate that they can also rely on the application for their group calls. With many similar applications, such as Zoom, experiencing security issues in recent months, the solution to encrypted calls via Signal is a breath of fresh air.

If you will remember with Zoom, one of the users' concerns expressed in this regard, was that it had no end-to-end encryption. Contrast diameters, since Signal is an application open source and has focused on the absolute encryption of messages, making it much more secure than others.

Those who want to use the feature should make sure they are using the latest version of the app. Signal will automatically notify old-fashioned groups in the new group interface, which displays a video call button at the top of the conversation. Group calls will show participants in a grid view, but users can easily scroll up to switch to a view that focuses on the person currently speaking.

Currently groups can only consist of 5 participants. The developer of the application says that he is working to expand the number of people who can participate in video calls, with the promise that this will happen "soon".

FDA: the first genetically modified animals for food and medical products
Next Post: Tails Project: Tails 4.14 anonymity on the internet