UBIK UNO: A small company unknown to date is going to put names like Samsung and Apple offering a high-end smartphone at a very low price. And because the seasons are difficult, he thought he would turn to the Kickstarter.

Uno will run Android Lollipop and will have no frame that holds the screen, which will be True HD from Gorilla Glass.

The Uno will come in an aluminum frame, with a 5.5-inch IPS 1920 × 1080 screen from Gorilla Glass 3, as mentioned above. But the impressive thing is the processor: 64-bit MediaTek octa-core, clocked at 2.2 GHz, will be supported by 3GB RAM.

At least on paper, the camera will be in 20 megapixels with low-light autofocus, with 4K shooter and 30 fps (and slow motion, 120 fps in 720p). There will also be a 5MP camera on the front.

The Uno will run with an 3100 mAh battery, and will have NFC, Bluetooth 4.0 and 16 GB storage space that can be extended with MicroSD card up to 64GB.

The company does not report device sizes or weight. Unlike several recent smartphones, the device will not feature a fingerprint sensor.

As mentioned above, there is not much information about Ubik Mobile other than what is listed on their page "an international team of engineers with over 15 years of experience in mobile design worldwide", with teams in Seoul, South Korea and China.

It sounds good, but it's also good to watch crowdfunded projects.

Either way, the company says it will sell Uno, online direct-to-consumers, to contain costs and avoid claims from providers. The 4G LTE Uno comes will be released unlocked by default, and will be only GSM.

Supporters of crowdfunding can book 280 dollars. The eventual expected retail price after crowdfunding will be at 345 dollars.

You can see more at Kickstarter 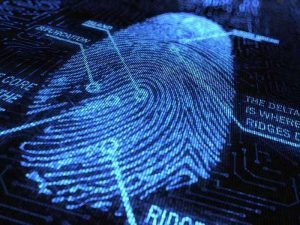