Windows 10 free? The financial reports of the big companies that have a place in the stock market were published this year as well. Of these (we are talking about the SEC 10-Q and 10-K reports) it is perhaps worth looking at the original paragraph published by Microsoft in July 2015, after the official release of Windows 10 (PDF).

Microsoft Corporation from 2015 until today in all financial reports adds the following statement: 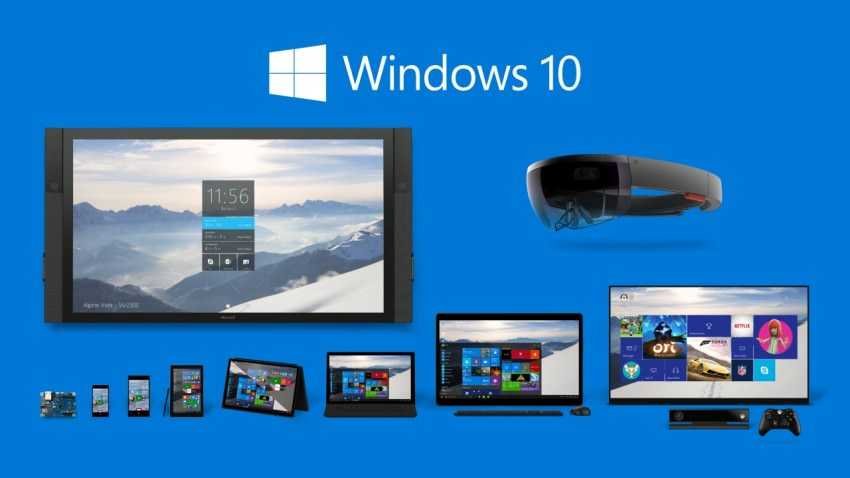 What does this mean; and why does this vague statement still exist?

As you can see, the company is talking about the future, and it probably states that "new revenue-generating opportunities will soon be created after the license is granted".

Windows 10 runs on over 600 million monthly active devices by the end of 2017, a number that will continue to grow in the coming years.

The transition to Windows 10 could accelerate even further over the next two years, as the operating system's main competitor, Windows 7, approaches the end of support for Microsoft in January 2020.

But Microsoft's statement refers to opportunities that begin after the operating system is licensed.

For decades, the Windows franchise has given the company most of its revenue through licensing agreements with computer manufacturers. Each time you purchase a new PC with Windows pre-installed, the price includes a Windows license fee.

Microsoft does not disclose how much OEMs pay for each copy, but it is reasonable to assume that these prices have fallen sharply in recent years as the PC market has plummeted. The drop in Microsoft profits from OEMs is likely to be greater on consumer computers, where Windows 10 Home will have to compete with Apple Macs and the very low price of Chromebooks.

So to summarize all of the above, when the company mentions "new revenue-generating opportunities after licensing" it means that it is looking for more ways to make more money after purchasing a new Windows computer.

How; Let's see below:

We have seen the practice since the era of Vista, where the company sold at least six editions to retail channels: Starter, Home Basic, Home Premium, Business and Ultimate.

With Windows 10, this craze seemed to stop, as the OS initially had only two versions: Home and Pro.

But premium versions, as well as higher prices, seem to be coming back with new niche versions of Windows 10. For example, Windows 10 Pro for Workstations coming for power users using high-tech equipment.

We will not be surprised to see Microsoft do the same for the Home version, offering an upgrade to unlock advanced features at a lower cost than a full Pro upgrade.

In the 1990s, Microsoft marketed software add-ons for Windows computers, such as the Windows Plus Pack or later Windows Vista Ultimate Extras.

Today, when such packages are not available to consumers, Microsoft reportedly prefers business-focused cloud services.

In a previous post, we mentioned that The company also has the service in older systems.

At a cost of just $ XNUMX per month per device, the company's extra revenue is growing rapidly.

We often hear from consumers that they do not like the latest Microsoft additions to Windows 10: crapware such as Candy Crush Soda Saga and Farmville 2 are pre-installed on every new PC. From the "Start" menu we usually notice many other "suggested" programs, such as the very "necessary" Facebook.

Despite the complaints, Microsoft does not seem to be planning to change anything, apparently because it contributes to the company's financial earnings.

Windows is no longer Redmond's dominant financial source. Microsoft Office and Office 365 account for about a quarter of the company's revenue.

Every new computer released in the last two years includes a pre-installed copy of Office. After a short trial period, the application "closes" and offers the ability to register in Office 365 Home or Personal. Revenue for Redmond is up to $ 99 a year.

The tactic obviously works, as the number of subscribers to the Office 365 versions reached 29,2 million in the last quarter of 2017.

The recommended applications and those that appear from Office and through Windows are technically ads. Of course there is plenty of room for Microsoft to increase its revenue, targeting Windows users with ads from its operating system but also through pre-installed applications that come uninvited with Windows 10.

Four years ago, Microsoft released Windows 8.1 with Bing, which was aimed at low-cost devices. The reason it did so was to increase the market share of the Bing search engine. Yes free Windows 8 but get Bing too. Microsoft search engine advertising gives the company more than $ 10 billion a year.

Remember that Microsoft is still considering data collection practices with Windows 10. If any company move seems to be trying to generate revenue from customer data, it will provoke reactions from regulators, especially in the European Union.