Astronomers measured incredible winds in the stratosphere of Jupiter

Scientists have for the first time been able to measure winds in the stratosphere of Jupiter, and have discovered that they are extremely powerful as a jet. 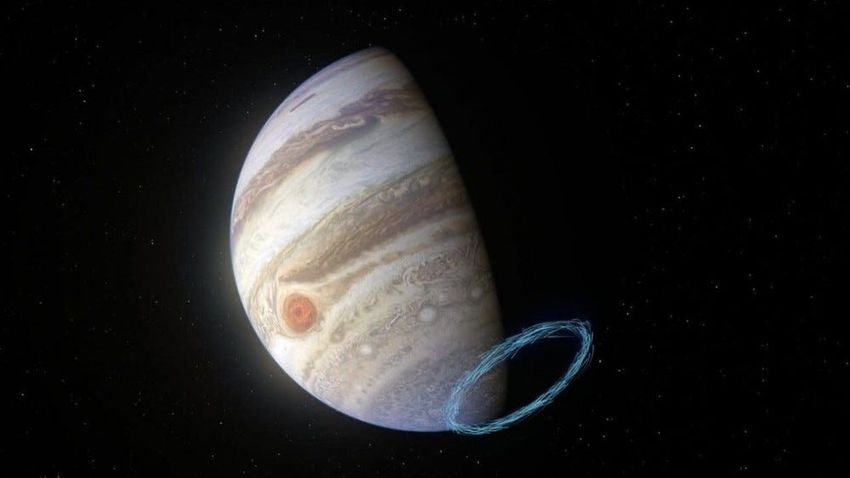 Astronomers using the Atacama Large Millimeter / submillimeter Array (ALMA) telescope in Chile have discovered wind speeds of 1.440 kilometers per hour at the poles of the planet Jupiter, about five times faster than Earth's strongest hurricanes and twice as fast. from the big red dot in the middle of the planet.

An article published in Astronomy and Astrophysics gives new meaning to the term "polar vortex". Thibault Cavalié, head of the team that published the article and scientist at the Laboratoire d'Astrophysique de Bordeaux (Bordeaux) in France, noted that these winds were found under the polar saddle of Jupiter (yes, Jupiter has a polar saddle and is amazing ). These currents could form a huge anticircle with a diameter of 3 to 4 times the diameter of the Earth and in a vertical dimension have an area of ​​900 km. This is something unique in our solar system.

Unlike the upper layer of Jupiter, which features the famous red and white gas belts, the large red dot, and the polar saddle, winds at the poles were much more difficult to measure and study. But scientists were able to capture them thanks to a famous comet and the powerful Chilean telescope.

Comet Shoemaker-Levy 9 fell to Jupiter in 1994 and its effects left unique molecules of hydrogen cyanide in the planet's atmosphere. These molecules allowed Cavalié and his colleagues to use 42 of the 66 high-precision antennas of the ALMA telescope to detect molecules and measure their frequency changes as they explode, that is, to measure Doppler displacement.

Vincent Hue, co-author of the study and scientist at the Southwest Research Institute  stated in this regard: ""Focusing on this measurement, we were able to deduce the speed of the winds as one could deduce the speed of a passing train from the change in the frequency of the train's whistle."

The study revealed that the stratospheric winds under the polar star of Jupiter were moving at around 1.440 kilometers per hour. Towards the planet's equator, these same winds move a little slower, at a speed of just 600 kilometers per hour. Scientists already knew about the fast winds in the upper layers of Jupiter and previously believed that the further they went to the ends of the planet, the slower the winds would be. These new facts transform this theory and completely surprised Cavalié's team.

What is really fascinating is that while Jupiter's stratospheric winds are fast, they are far from the fastest wind in our solar system or even from the rest of the planet. In the ionosphere of Jupiter, a layer of the atmosphere closer to the outside of the planet, there are ultrasonic winds that reach 1-2 kilometers per second (or 3.600-7.200 kilometers per hour).

Poseidon holds the record for the solar system, with winds 25% faster than those measured under the pole of Jupiter.

7 Ways to Get a Microsoft Office License for Free
Next Post: Twitter may allow you to undo tweets if you pay for it