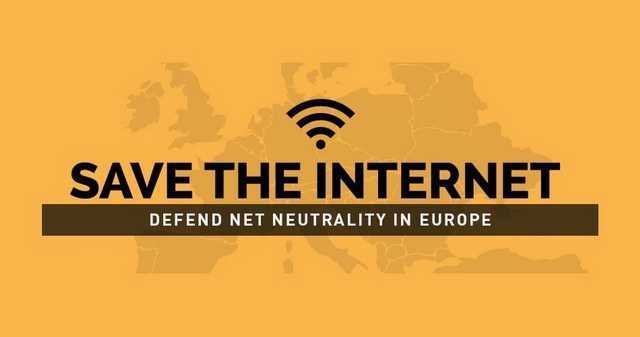 Europe: The next front in the battle for Net Neutrality

(Republish with translation from: Electronic Frontier Foundation, EFF, "Europe: The Next Front in the Battle for Net Neutrality", June 25, 2015, By Jeremy Malcolm)

The Americans won a big victory for Net Neutrality in February when the FCCFederal Communications Commission) voted to adopt the new rules which will allow the abuse and discrimination of large telecom operators, such as blocking or strangling data on the Internet, and charging content providers to access an online "lane".

Four months later, and while the dust has not yet settled in the United States of America (due to the judicial challenges and a non-funding bill) on the other side of the Atlantic, in the European Union, the fight continues to grow. The European Commission (the non-elected executive body of the European Union) has shaken things when 2013 has tabled a proposal on Net Neutrality on the table, along with other telecoms issues such as mobile roaming charges, for a new Single Market Telecommunications Regulation (Telecommunications Single Market Regulation).

The Council text also contains irrelevant provisions which lay down room for Network Neutrality rules to allow the adoption of content blocking laws - with child pornography as an example - as well as parental control tools and spam filters controlled by the end user. As none of these issues are part of the Network Neutrality debate and deserve to be discussed separately, the European Parliament has rightly opposed their inclusion as a breakdown of the key issues in the dossier.

All three organizations - the Commission, the Parliament and the Council - must agree on a common position before the final text goes to a vote and becomes a European regulation. This agreement takes place in a series of so-called "tripartite dialogues," of which three have been made so far, with the most recent one on 2 June 2015. With tradition from Parliament of its second revised compromise proposal last week, a fourth and final tripartite dialogue has been set, probably next week. (For most of the procedure you can consult the infographic from our friends at EDRi, see below. In the 2 article below).

One factor that complicates this negotiation is that the regulation attempts to cover both roaming charges and network neutrality in the same transaction. The huge roaming charges of mobile telephony that Europeans pay are universally disliked for very good reasons. Therefore, if Parliament insists on its stance on Net Neutrality (Net Neutrality), all of the regulation will go down altogether and can thus take a political cost of not letting the issue with roaming charges. On the other hand, for as long as Parliament can withstand this political pressure, linking the two themes will put it in a strong position to get even stronger rules that it wants and how these rules support European users.

A campaign website from European digital rights groups in savetheinternet.eu allows Europeans to communicate with Members of the European Parliament (MEPs) by telephone, e-mail, fax, etc., to encourage them to stay firm in Network Neutrality and insist on a strict regulation rather than a lean law which will be plagued by compromises.

(Republish with translation from"Save the Internet!")

Your freedom online is threatened by an EU proposal.
The race for the open internet is currently taking place in Brussels.

WHY IS THE NEUTRALITY OF THE NETWORK IMPORTANT?

At 3 April 2014, the European Parliament voted in favor of clear and binding Net Neutrality rules. This victory was yours, as many of you have come into contact with MEPs to ask them to take their place for a free and open internet.

After months of delays and hesitation, in 2 March of 2015, EU Member States through the Council of Heads of State Members adopted an incoherent, misleading text that could undermine Net Neutrality that we are all struggling with. This text could create fast lanes for payment, allow for discriminatory charges in the EU and allow the blocking of legitimate content.

Negotiations have now entered a phase called "tripartite dialogue", where all three EU institutions come together to negotiate the final text of the new law. Now is the time to contact your MEP again and tell him to stand by the decision of April 2014 and not let the big telecommunications companies ruin our online freedoms.

Net Neutrality is the fundamental principle of the Internet. It guarantees that all data packets are treated equally. This principle ensures that the internet will remain diverse, innovative and free. Telecom companies want to change this. They want to create new business models based on discrimination and restrictions. We can not abandon the economic and social value of the internet just to help a handful of companies make more money.

We need your help to urge Members to protect the open and neutral internet - they have asked them to protect Net Neutrality!

What are tripartite dialogues?
Tripartite dialogues are not mentioned in the EU Treaties. These are informal meetings in camera between the three institutions to work towards an agreement. The whole process is governed by Parliament's "Rules of Procedure".

What is happening in the EU?

In September of 2013, the European Commission proposed the adoption of a single telecoms regulation (Telecom Single Market, TSM), a law that will guarantee Net Neutrality in European law. However, the Commission text contained a number of problematic gaps that would allow Internet Service Providers (ISPs) to bypass Net Neutrality. Through a provision for "specialized services", ISPs will be able to discriminate with priority access. The proposal would also allow for discrimination by blocking websites, applications and content - a threat to the rule of law and freedom of expression.

Fortunately, the European Parliament has worked hard to close these gaps and voted in favor of clear and binding rules on Net Neutrality on 3 April 2014. Although things seemed to be bad in the first instance, your efforts with Savetheinternet helped Parliament adopt a text with strong safeguards for Net Neutrality.

Subsequently, the EU Member States met within the Council and proceeded slowly, they had to reach 2015 by March, in order to reach a common position. The agreed new text again introduces gaps that could greatly undermine the future of the internet. If this text is adopted, it will create pay-as-you-go lanes, allow for discriminatory charging within the EU and allow the blocking of legitimate content.

In the context of the forthcoming trilogue negotiations, it is important that the European Parliament sticks to the promise it made in April 2014, which guarantees the strong neutrality of the Network for all Europeans.

(Click on the image to view it in greater detail)

To learn more about the fight for network neutrality in Europe take a look at the following:

For an in-depth dive into the legislative proposal, you can see the basic, official documents:

THE TIMETABLE FOR "SLEEP THE INTERNET"

Take action now and tell your representatives to protect our rights and freedoms. The best way to do this is by calling the Members of the European Parliament (MEPs). But you can also send them a fax, an e-mail or a letter - we provide all the information and the free call option.

Be polite and you are yourself. Whatever happens, do not forget the basic rules of courtesy and common sense. Whether you agree or disagree with the person who will answer you (an aide to the MEP or the MEP himself) and regardless of the opinions of the other members of the political group to which he belongs, we say nothing that could give a negative image of the people fighting with you for Network Neutrality.

Most of the time, a parliamentary assistant, rather than the MEP himself, will answer. No problem. Continue the conversation. Assistants play an important role in developing the positions of MEPs in the European Parliament. If you have no answer to a question, do not panic.

You are not expected to be an expert, you are simply an interested citizen. Tell the assistant or the MEP that you will investigate a subject and communicate again to give your answer when you have more information. Then contact us to help you through it info@savetheinternet.eu

With the Fax tool you can send us your message to a Member of the European Parliament. It will be sent to the MEP's office. This will give you a physical indication of your opinion and the chances to read it are much greater. But even here it is important to personify your message. All that we say about writing e-mails also applies to Fax.

You can also to communicate with your MEP via email. Their addresses are available at widget above.

We prefer this approach by sending a general (and mass) e-mail message to all MEPs. They themselves or their assistants know how to use a spam filter and such emails (most likely) to end up in the spam folder very quickly. The general format of emails gives the impression that you do not want to spend some time showing that you are really interested in the subject and also this process does not reflect the number of people involved in this (one person can send a lot of messages). Even worse, mass-identical emails increase the risk that MEPs will end up not even reading the personalized emails relating to the same file and ultimately hurt the overall achievement of our goal.

The best solution is to send personalized emails based on your own approach and your own knowledge of the subject (remember: you do not have to be an expert, only an interested citizen) and, if possible, according to the positions MEPs and their political groups.

Sending a tweet to a Member of the European Parliament is a very effective way to get your attention on the issue. Twitter discussions are public, and this helps to draw the attention of politicians, because MEPs do not want to lose a public debate. 140 characters for a Tweet are easy to write and do not take much of your time.

If you are trying to write a text, it is also useful to send this text to MEPs via Facebook. You can send either a personal message (inbox) or even write a Facebook page if their privacy settings allow this. Publishing on their Net Neutrality page gives the subject more recognition and can trigger a public debate in favor of us.

Do you have an idea to improve this website? Very nice, we need you!
The full source code of this site is available at GitHub and you can make fork, enhancements, remix and send him back to us.

One thing we always need and can help with is translations, so if you speak a language that we have not covered here so far, please contact us.

Privacy Policy
We collect non-personal information on this site with Piwik http://piwik.org/privacy-policy/ a privacy-friendly software with analytics for the web.

If you subscribe to our newsletter, your email address and your country's optional setting are stored in an email list and a database. At a later stage, we may share your information with your SaveOthers organization (your organizations listed below at the bottom of the page).

Information for journalists
Our journalist team is pleased to answer all the press questions. Just send us an e-mail at press@savetheinternet.eu

Support us with advertising space
If you have a website, please check out our ads. 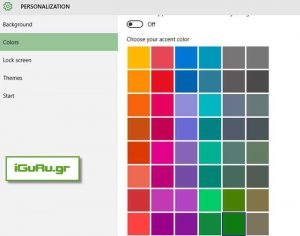